The Best Summer Fashion Trends 2022 That Every Girl Needs to Follow!

Farhan Akhtar and Shibani Dandekar, after dating for seven years, decided to tie a knot, and we are so happy to see the couple flaunting their wedding pictures. The duo looks perfect, and we can’t take our eyes off them. So, here in this blog, we will talk about everything you need to know about Farhan Akhtar and Shibani Dandekar’s wedding.
The couple got married in an intimate wedding at Javed Akhtar Khandala farmhouse on 19th February 2022. The wedding was simple yet dreamy. Want to know more! Check out the entire article. 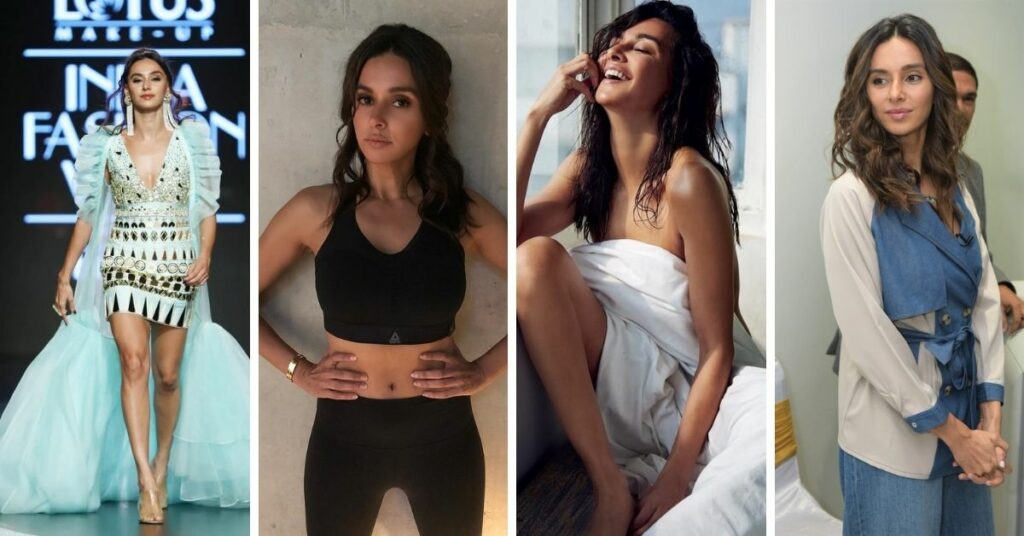 How Farhan Akhtar and Shibani fell in love?

Farhan Akhtar and Shibani are the most talked-about couple currently. But many of us still don’t know how the two met and fell in love with each other. So here is a fairy tale story of the couple; please scroll down to read more!
To believe media Farhan Akhtar and Shibani Dandekar met at a television show “I can do that” in 2015. Farhan Akhtar was the host of the show during that. However, the duo did not admit the dating rumors at that time. Later Shivani posted a few pictures with Farhan Akhtar, which created a Buzz in the market, but the couple preferred not to talk about it.
Farhan Akhtar previously married Andhuna Bhabani in the year 2000. After their 16 years of relationship, they ended up in 2016 and 2017 they were granted a divorce. The couple has two daughters, Shakya and Akira.

The first public appearance of Shibani and Farhan

Keeping the relationship private for a long time finally, Farhan and Shibani made their first public appearance at Deepika Padukone and Ranveer Singh reception in 2018. After that, the couple posted their vacation pictures over social media, writing down the adorable post for each other.
Shibani got Farhan’s name inked on her neck and flaunted the tattoo over social media. 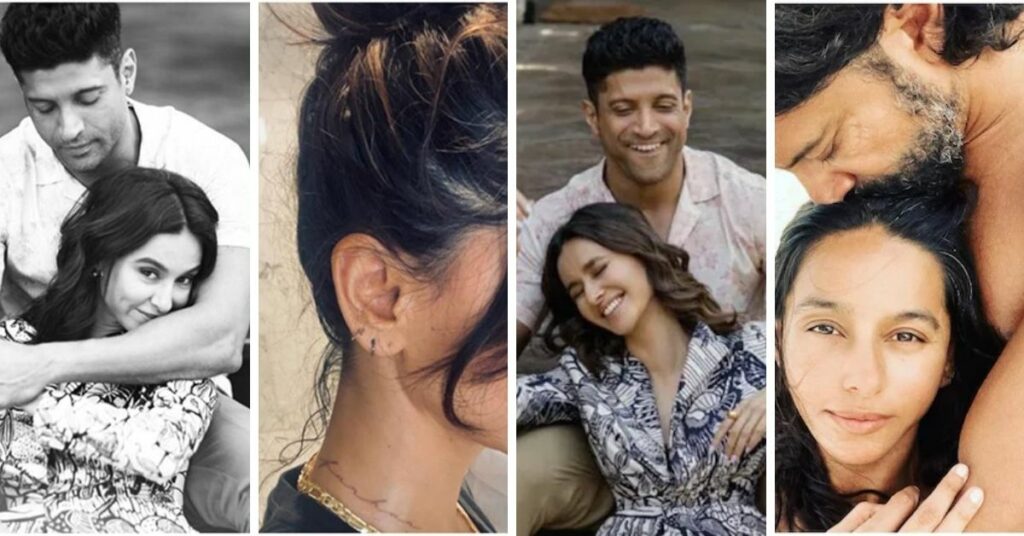 Farhan and Shibani did not go for a classic Marathi wedding or Nikah. The Khandala farmhouse located near the hills was giving a romantic backdrop for this entire wedding. The couple wore beautiful outfits. Shibani was seen wearing a custom-made red corset and skirt by Jade by MK. While Farhan was dressed up in a black tux. Shibani carried a long veil that matched entirely with an off-shoulder corset.
Shibani took to her Instagram and flaunted her bridal shoes prior to the wedding. She shows red aquazzura pump heels to wear on her wedding day. This bridal footwear is from Italy from soft grosgrain.

The guest list of Farhan Akhtar and Shibina wedding

Shankar Mahadevan performed live at this Gala event. Everyone danced and enjoyed their best time. Anushka Dandekar was wearing a Manish Malhotra white outfit on the D-day of her sister’s wedding. The other guests included Hrithik Roshan, Zoya Akhtar, Rhea Chakraborty, Farah Khan, Amrita Arora, Saqib Saleem, and the list goes on.

The newlyweds Shibani Dandekar and Farhan Akhtar made their first public appearance as a couple outside the marriage registrar. The couple was dressed up in festive attire and looked exceptionally beautiful. Shibani was dressed up in a pale pink embroidered saree and heavy-duty jewelry. While Farhan Akhtar wore sherwani twinning with her outfit color. At the marriage registrar, Farhan Akhtar’s cousins Farah Khan and Sajid, along with Rhea Chakraborty and some close friends of Shibani, were spotted.

This was all about Farhan Akhtar and Shibani’s wedding day. We are so happy to see the couple together after dating for seven years. We still can’t get over the beautiful pictures from the wedding day. Due to Covid restrictions, this ceremony was completely private with close friends and family members at their farmhouse in Khandala.

We wish the newlyweds a very happy married life!

Stay tuned for more updates only at Fashna.

Shivangi Joshi Lifestyle: A Glimpse of her Personal Life And Success

The Best Summer Fashion Trends 2022 That Every Girl Needs to Follow!

Samantha Akkineni in Saree: The 7 Looks To Take Inspiration From