The Emerging New Fashion Brands in India: Find Out More!

Who is Manish Malhotra?

He is a former Indian fashion designer turned costume designer and a stylist who is popularly known for his exceptional work in Bollywood. His charm and attires are both famous among the people, especially his bridal clothes for men and women.

You will always see Manish carrying the most simple attires but in the most graceful manner. You will see him wearing casual T-shirts, and puff jackets and yet creating a different aura.

The early life of Manish Malhotra: the fearless entrepreneur

Mr. Malhotra was crazy about songs, Bollywood movies, and the latest outfits since he was 5 and 6. He was always fascinated by the new dresses and outfits, movies music instead of studies. He was always a simple boy in school but had a special relationship with movies and cinemas. During his college days, he started modeling. He went to Singapore and Bangkok at the age of 19. When he came back from Singapore and Bangkok, he decided to join a boutique.

During those days, boutiques were the cultural trend. He sketched new outfits during this boutique time and styled and re-restyle mannequins. When he was working in a boutique, some people from a magazine wrote about young designers and he was featured in it.

He received an opportunity to work with Juhi Chawla in Swarg. He also completed an exhibition displaying 40 outfits in Hong Kong. Later, he worked in Rangeela and Raja Hindustani which changed his career. He followed many fashion trends and soon became the main man in the costume designing industry.

When did Manish Malhotra decide to start his label?

You might remember the chiffon kurta in the film Dil To Pagal Hai. It got popular among the audience, and everyone wanted to buy it. Unfortunately, Manish Malhotra had no store at that time. So, he came up with the idea that he needs to give birth to his label.

Initially, he worked with everything from dresses to swimsuits, but later, he took bridal wear as his niche. You will be surprised to know that Manish Malhotra never studied fashion or had any idea about business, but he was a fearless entrepreneur who loved experimenting and is now a great success.

Manish Malhotra always loved Indian clothes and bridal wear, so he launched his label in 2005. Currently, he has an NGO, Mijwan, where he employs women. This mission had only 30 women but now more than 350 women are associated with him.

Mr. Malhotra is one of these famous fashion stylists among the biggest Bollywood stars in the last three decades. You will be pleased to hear that he is planning to double his stores and is also planning to start his first overseas shop within a few months.

Malhotra’s ambition to start his luxury brand broad was filled up when Mukesh Ambani rated 40% in the designer’s MM Styles Limited in October 2021.

This global demand for luxury goods and clothes is increasing fast across the world. With more people turning to digital channels, they have socialized with each other despite the geographical boundaries. So, it is one of the best times to introduce yourself to the global market and Manish Malhotra to the best of this opportunity. 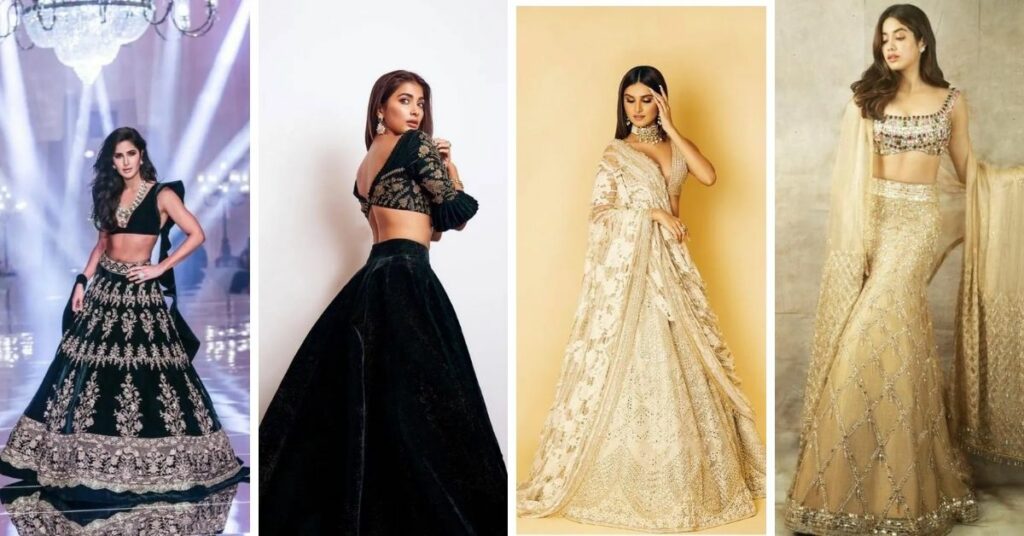 What is Manish Malhotra famous for?

The Indian designer Manish Malhotra is famous for creating how actors look in Indian movies. Later, when he opened his label, Manish Malhotra’s bridal wear created hype. It was a dream of every girl to wear a Manish Malhotra lehenga to their wedding and flaunt it between her girl’s gang.

You might not know this, but Manish Malhotra is India’s most affluent fashion designer and tops the list when we talk about the top 10 Indian fashion designers. He is one of the fashion designers who know the art of turning traditional Indian wear into a statement print with detailed embellishments.

Fashion is not something that you learn, it is an incarnation of what you feel. It is much more than the clothes you wear or the latest trend you follow. Manish Malhotra is one of the leading fashion designers turned stylists who have completed the bridal outfit industry. We love him and his work.

Eye Makeup for Big Eyes: A Complete Guide for Beginners

The Best 9 Must Have Summer Essential Fashion