Neha Kakkar, a Bollywood playback singer, debuted her brand-new song, “O Sajna,” almost a week ago. It is a remake of Falguni Pathak, a legendary singer from the 1990s, who sang the famous song Maine Payal Hai Chhankai. Dhanashree Verma, Priyank Sharma, and Neha were all featured in the song. 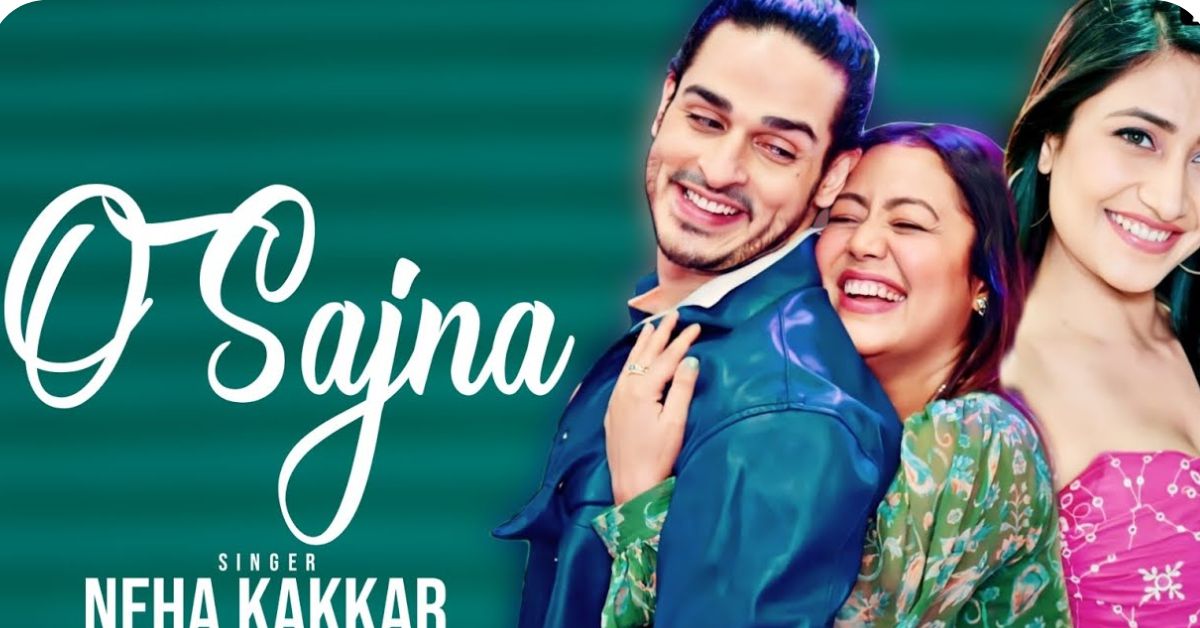 Neha Kakkar outfit picturesIn the middle of all of this, a user attempted to combine Neha Kakkar’s song with Taarak Mehta Ka Ooltah Chashmah. A number of Internet users’ memes have been inspired by the popular comedy. The internet community frequently quotes dialogue from well-known characters like Dayaben’s “Hey Maa Mataji” and Jhethalal’s “Chup Kar Sadhvi fail.”

At an important college celebration in Mumbai, Neha Kakkar celebrated the release of the song “O Sajna” track. She expressed how much fun it was to sing and record the music video during the launch event. The song, she claimed, is jovial, energising, and vivacious, and she is sure that listeners would adore it. A different picture is being painted by the most popular memes, though.

Bosco Leslie Martis, Vijay Singh, and T-Series collaborated to create and curate the song, which is directed by Vijay Singh. Tanishk Bagchi, Neha Kakkar, and Jaani, who wrote the song’s lyrics, worked together on it.

However, Dhanashree Verma felt that her time spent filming O Sajna with Neha Kakkar was the most enjoyable. On set, she referred to the singer as a “sister.” Hope our relationship shows in our on-screen chemistry, she added. O Sajna brought back a lot of memories for Priyank Sharma because he had listened to it as a child.

Neha Kakkar is gorgeous in an all-black ensemble

A version of Falguni Pathak’s classic song “Maine Payal Hai Chhanaki,” “O Sajna” by Bollywood artist Neha Kakkar has recently gained attention. In a recent post, the singer posted several images of herself wearing all black. She used the hashtag for her most recent song, O Sajna, in the caption and said, “Maine Payal Hai Chhankai!”

Neha is pictured in the most recent image sporting a black crop top and matching black leggings. She finished the appearance with glam makeup and loose hair. She completed her fashionable outfit with a pair of white shoes. She was depicted in the pictures standing in front of a dark door.

The post received a lot of fire and affection emojis from fans. “Neha is the best,” one person said. “I don’t think Neha Kakkar deserves the hate she gets,” another person said. “It’s obviously not enough.”

Gorgeous pretty, said Sonu Kakkar, Neha’s sister. On one of her images, her spouse Rohanpreet Singh remarked, “My princess.”

Neha posted on her Instagram Stories earlier in the day on Saturday, “If talking in such a way, saying such terrible things about me, abusing me… makes them feel good and if they believe it would spoil my day. I’m sad to have to tell them that I’m too fortunate to experience unpleasant days. God keeps me joyful, so I am always happy since I am God’s child.

Without naming any specific individuals, Neha had also written, “For those who’re so upset seeing me happy and successful. I’m sorry about them. Bechare (helpless people) (helpless people). Please continue to remark; I won’t even delete them because I and everyone else are aware of what NEHA KAKKAR is.

Some other beautiful outfits worn by Neha Kakkar

Neha Kakkar posted a number of mesmerising photographs of herself wearing stunning attire to her Instagram account in the meantime. Styled by Ruchi Kapoor, Neha wore a white crop top with a matching pair of palazzo pants and a Payal Singhal dupatta. The crop top and dupatta both had multicoloured tassels that perfectly embodied the Holi spirit.

For a beautiful look at a Holi event or celebration, white clothing is always the best option. Neha Kakkar certainly has the style and knowledge to maintain tradition. Her dress for the programme was made even more dramatic by her dewy makeup and waves.

The images Neha Kakkar uploaded demonstrate what a sight for sore eyes she is wearing a wispy black embroidered lehenga. Her husband Rohanpreet Singh is smitten with the way she looks. In recent throwback photos that she shared on Instagram, Neha Kakkar is demonstrating a new way to wear lehengas. The singer is one of the most stylish stars out there and frequently astounds her fans with her wardrobe choices.

For those wishing to wear lehengas and luxurious suit sets, her Instagram timeline provides some fantastic ethnic ensemble inspiration. You’ll swoon over her most recent appearance as well.

A few months ago, Neha posted several images of herself on Instagram wearing a lovely black lehenga ensemble, but this is still my favourite. Her meticulously crafted outfit was purchased from the Surabhi Chopra label’s racks. To attend the wedding of a friend, she wore the lehenga ensemble. A sleeveless choli with a sweetheart neckline was part of Neha’s lehenga. Black sequins covered every inch of the garment.

On the 12th season of Indian Idol, Neha Kakkar was also spotted dressed up in a dress with a square neckline from the brand Moonstruck. Her clothing was coloured in a green and white tone, and the dramatically puffed sleeves added to the dramatic quality of her appearance. Her Ritz Sony-styled dress had a side slit as well, and she wore black heeled heels with it. The vocalist of O Saki Saki completed her stylish outfit with a few rings.

When stunning images of the weddings of their favourite celebrities appear on the internet, fans and people all over the world go berserk. Neha Kakkar is the most recent celebrity to jump on the wedding bandwagon. Whether it was for her Haldi ceremony, Mehendi ceremony, or wedding, she always looked picture-perfect. She stunned everyone over with her beauty in her Instagram postings, keeping her followers begging for more.

Though many individuals criticised the singer for tarnishing their childhood memory, Neha‘s followers thought it was amusing. Many online users are not pleased with the singer’s most recent song.

The musician has received harsh criticism for recreating the well-known song and for spoiling their youth. But, Neha Kakkar’s outfits still make her the talk of the town.

Summer Fashion Trends For Men: The Best Guide For Beginners

How to remove Makeup at Home? Best 4 Home Remedies?