Urvashi Rautela Fashion: The Top 5 Outfits of The Beauty

Penelope Cruz Sanchez is a well-known and established international Spanish actress who has featured in films belonging to different genres, specifically those in Spanish. She has won a British Academy Film Award and an Academy Award and these are some of her greatest accolades. She is also a very fair and trained dancer in ballet for nine years. She is married to Javier Bardem and the two have two lovely children they make a perfect and happy family of four members. She is the elder sister of actress, dancer, and fashion designer Monica Cruz Sanchez. Penelope Cruz’s lifestyle is something worth giving your attention so let us take a look at it.

Reports suggest that her net worth is approximately fifty-five million dollars and let us just say why not? She started working at the age of just sixteen years and did a television commercial. Though she is a millionaire, she has always been there to offer help to those in need. She donates a wholesome amount to charities and NGOs while she also tries to spend a great amount of time in a childcare home.

By now she has endorsed globally known brands like Coca-cola (beverage) and L’Oréal cosmetics. It has been reported that through such endorsements, Penelope Cruz earns almost two million dollars annually and this is a huge annual amount to be owned. 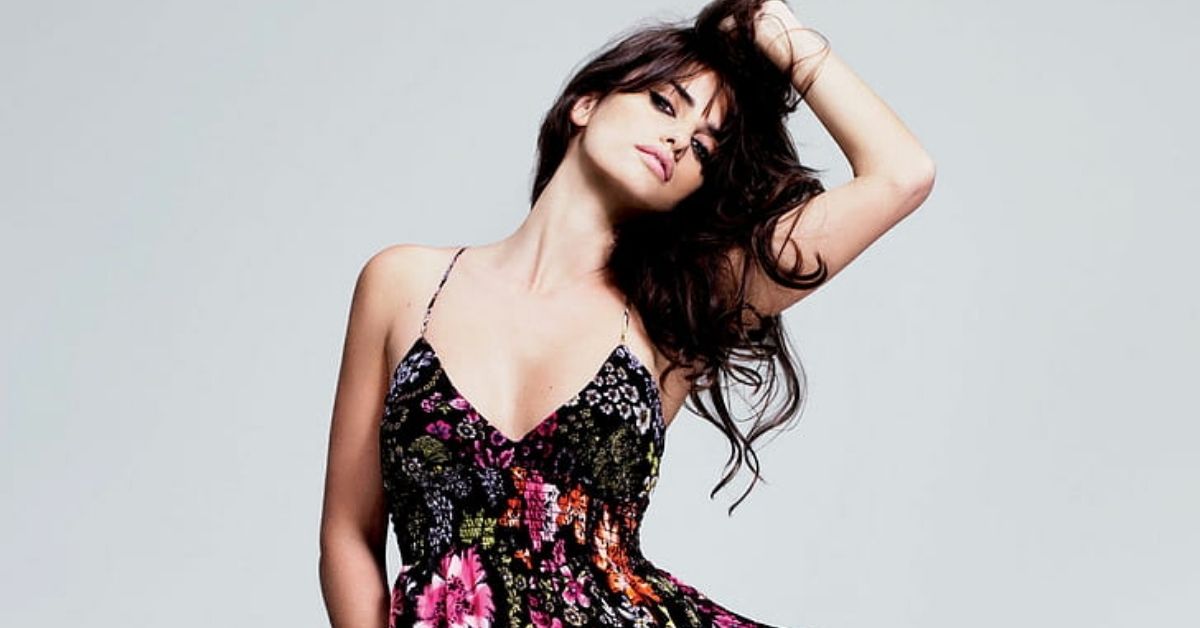 Did you know that Penelope Cruz used to model for global brands like Ralph Lauren, Mango, L’Oréal, and Lancom? How can anyone manage to get so many brands in their kitty? Such endorsements promote the growth and development of the brands and later benefit the stars like Penelope Cruz to gain the needed amount of fame and respect from family and friends. 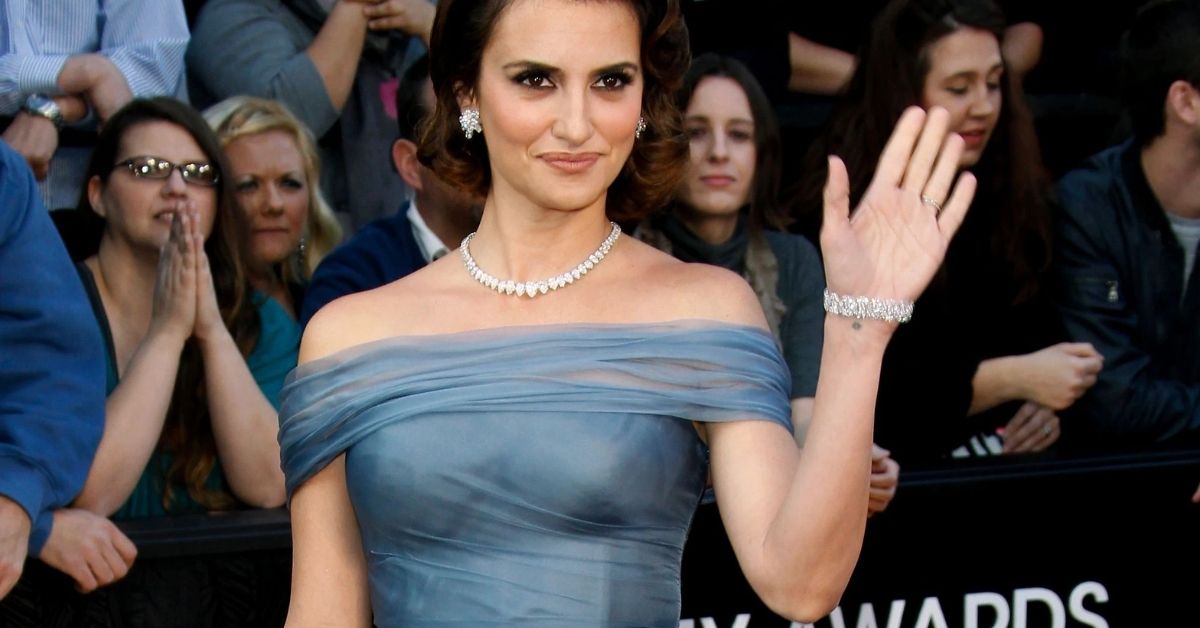 Oscars are the most famous international event that takes place in the field of acting and only a few renowned celebrities are given the chance to visit the red carpet during this event. One of the many celebrities was Penelope Cruz herself during the Oscars 2022.

She posted a picture of herself with singer Lil Nas and they both seemed to be enjoying themselves at this party. While Cruz is seen in a stunning avatar wearing a shimmery green. Outfit and similar hanging diamond earrings, Lil Nas on the other hand is seen wearing a white blazer and white trousers with a silver chain on the neck. They seem incredibly awesome in these pictures.

Chanel is a global luxury brand that manufacturers bags, shoes, makeup, and clothing for men and women and is absolutely loved by its customers. Walking a red carpet in a Chanel dress is something that every girl desires to do and would do anything for it.

Well, Penelope Cruz once wore a Chanel dress for the Madrid premiere of her movie and looked jaw-dropping in the pictures from that night. It was a classic black and white dress with a lot of sketches over it in the same color combination. It was a collared long gown with full sleeves and Penelope’s perfect bangs the hair added the required punch to the look. 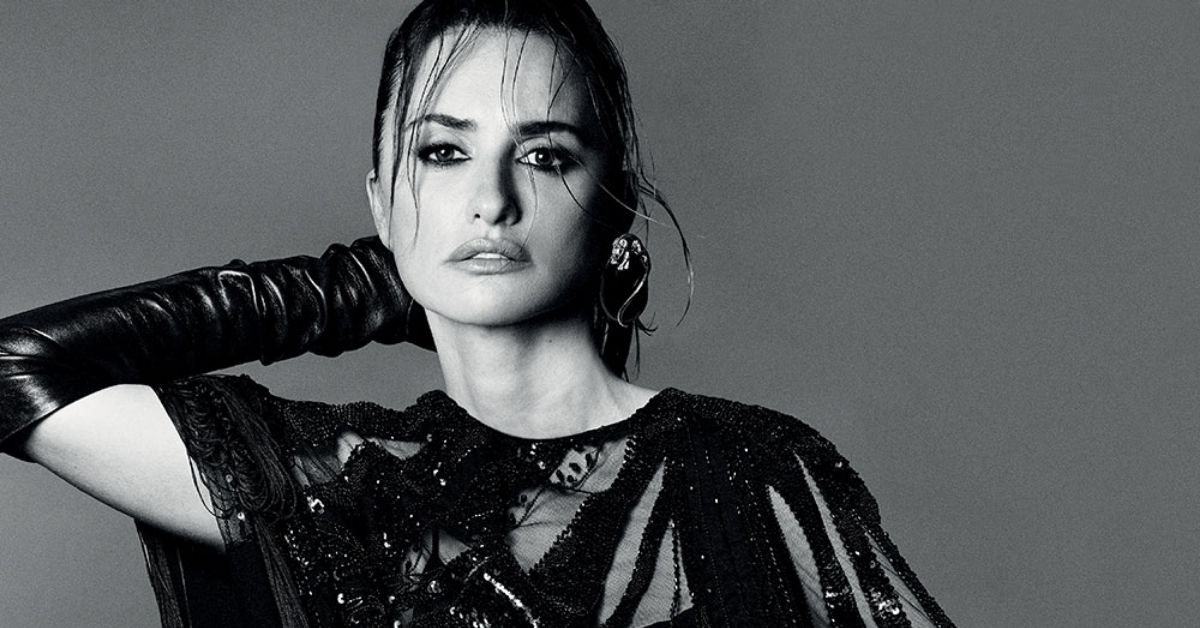 Penelope Cruz recently appeared on the cover page of the renowned magazine Vogue in their Arabic edition. She wore outfits from Chanel during her shoots and her makeup was from the famous global brand Lancome. Being a forty-seven-year-old, Penelope Cruz defies aging in these breathtaking pictures and her fans are simply loving it.

Her strong and bold eye makeup, messy hair bun, leather hand gloves with a leather outfit gives really chic and bad girl vibes which is what was expected from her during the shoot. While in the other two pictures from the same shoot show Penelope Cruz in a similar makeup look but indifferently styled black outfits. She is seen flaunting her toned body in these pictures.

Imagine a global skincare and makeup brand decides to cast you in their upcoming advertisements for one of their new and improved products. What would you have done? Said yes, of course, right?? What if this brand was a luxury brand like Lancome? This brand is known for the quality and fair pricing of its products and is loved by millions.

Yes, Lancome did an advertisement with Penelope Cruz regarding their new anti-aging cream that has wrinkle-reducing capabilities and even tightens the skin. With her evergreen beauty, Penelope looks effortlessly beautiful in this advertisement and one cannot truly say that she has aged much. She is almost like Anil Kapoor (Indian Actor) who with their skin and fitness have held on to their evergreen self over the years and are still holding to it strongly.

She even endorsed a perfume for them which she said she remembered using almost thirty years back in time and still smelled great and that she could not believe it. Lancome is an amazing French brand and so many brands are great with their fragrances and are really famous for their long and lasting fragrance

In another video shared by the same brand, she is seen featuring in it while Lancome celebrates eighty-five years of its existence and association with strong and empowered women who spread happiness and who know their responsibilities towards the environment and so they care for the environment and respect it as well. 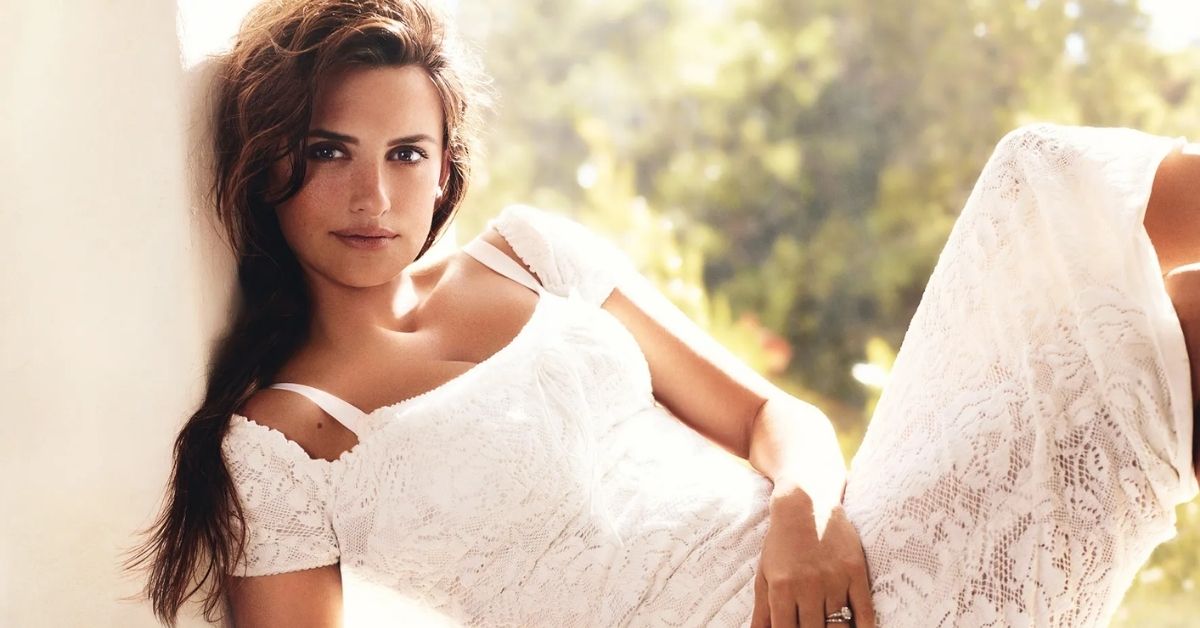 It seems fair to say that Penelope Cruz has paused her skin from aging and is now flaunting it during her photoshoots. Being almost in her late forties, Penelope has managed to keep her skin glowing, firm, and healthy-looking which is also very important. In a picture shared by her from the Marie Claire Greece magazine shoot, she looks absolutely stunning in it.

She is seen wearing a white shirt over a skin-colored strapless top and a high waist light blue denim with a white leather belt. With a lot of bracelets and finger rings as her accessories, her hair and makeup kept comparatively simpler to focus more on her natural beauty.

Moreover, Penelope Cruz is leading the best of her life and she is enjoying it more than ever. She is blessed to have such good looks and good-looking healthy skin that makes her look young and even more beautiful as the days pass by.

Best 11 Winter Tracksuit For Men To Invest In 2023

6 Best Makeup Ideas For Engagement To Make Your Day Special