Amrita Rao Fashion: A Look-Book of Her 7 Favorite Looks

The queen of hearts in the early 2000s and one of the highest-paid actresses of that time, Rani Mukherjee is an Indian film actress who has worked in quite a lot of Bollywood films and is a very versatile actress. Her simple looks and fabulous acting made the male gaze go crazy over her.

She is one off the highly respected actresses of her time and also a non-controversial actress. She is a private person but always manages to keep her fans happy. Let us now take a look at Rani Mukherjee Fashion.

Rani Mukherjee Fashion the best 6 looks that we all love

1. Simplicity is the best

Most of Rani Mukherjee’s looks are simple but elegant. She knows how exactly to style her outfits so that she can carry them out well and not look underdressed in them. While the promotion of her film Mardaani 2, Rani wore a plain black full sleeves dress. Just a simple dress is so boring, right? To add a pop of colour to this simple dress, Rani added a multi-layered beaded necklace to this outfit that had multiple colours over it.

Keeping her makeup very simple and minimal, she added a soft pink colour on her lips while there was black smokey eye makeup on her eyes. Diamond studs in the ears and a diamond stone on the neck added some amount of shine to the look. Rani even kept her hairdo very simple and let her outfit be the centre of attraction. This look was very well suited for Rani as it looks comfortable and stylish as well and Rani looks lovely in it.

2. Orange is the new black in town 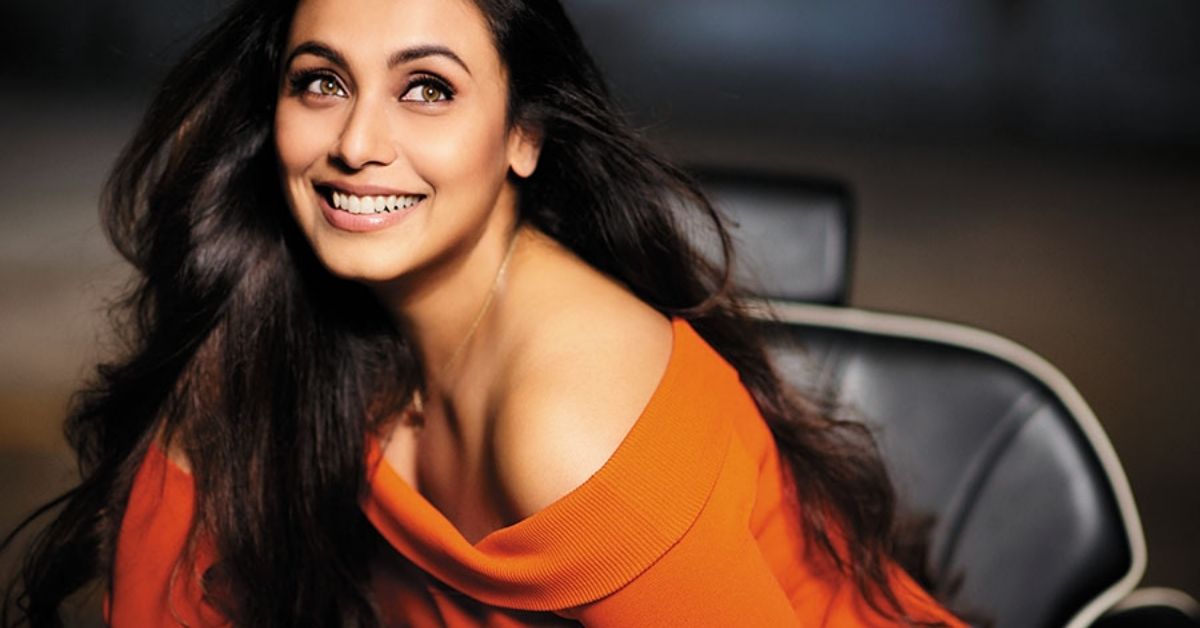 The colour orange has a separate fan base when it comes to Bollywood divas donning it and it looks extravagant over them. This is a very refreshing and vibrant colour that can single-handedly do the job of making a person look super stylish and fashionable in it irrespective of the type of outfit they wear or if they wear makeup or not.

So during a photoshoot, Rani decided to go with this vibrant colour and let her fans go gaga over her look. She is seen wearing a bright off-shoulder orange dress with a thigh-high slit over it. This time she has a well-contoured and a well-highlighted face that goes very well with that outfit while she has absolutely no accessories this time. Just to make the look a little formal, she has added black heels to it and Rani looks like a boss lady in it.

If you are also looking for some saree outfit ideas to wear as a wedding guest, know more!

3. Awards in a saree

Bollywood divas have always had a thing for sarees as a saree makes them feel confident, beautiful and sexy. A saree is a very beautiful piece of clothing that instantly makes an individual look mature and graceful upon wearing it. So all of this applies to Rani when she chose to wear a saree for an award show and looked incredibly fabulous in it.

Rani is seen wearing a navy blue saree that has a golden and a red border at its edge. The blouse on the other hand is a red sleeveless blouse that has small leaf-like patterns all over it and a floral golden border along its neckline. To accessorize the look a little, she has added a pair of long hanging earrings and a golden bangle on one of her hands. This time her makeup too is not so simple. She has bold, black kajal on the eyes, a few strokes of blush on the cheeks, glossy lips and some amount of contour. Rani looks truly admirable in this look and beautiful as always. 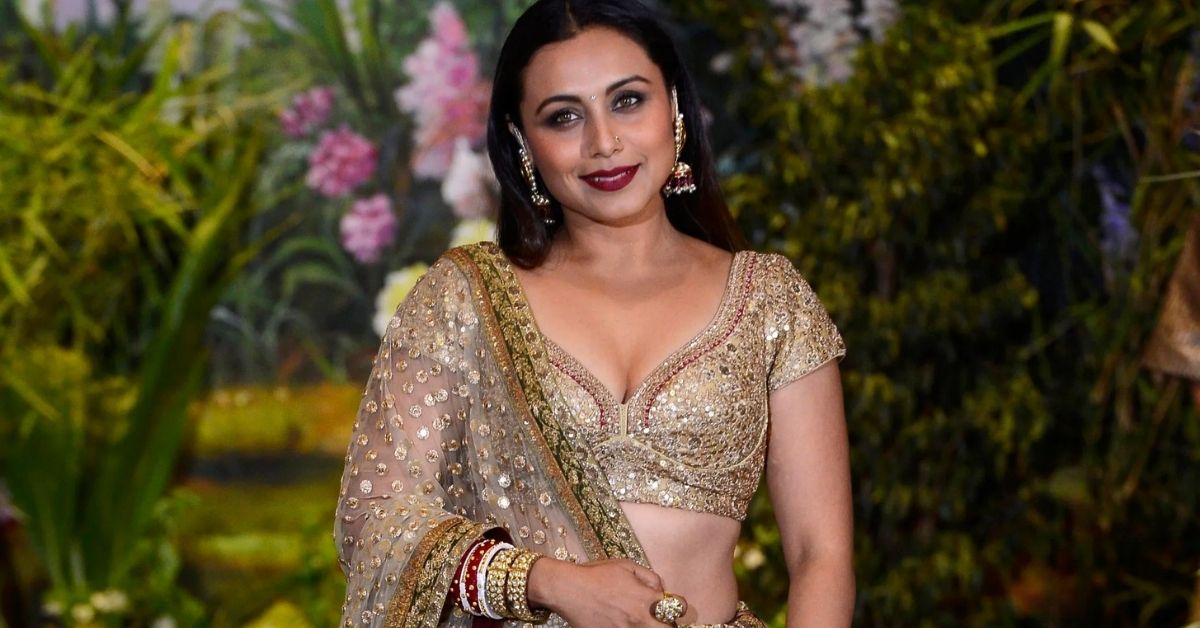 In the first look, Rani is seen wearing a cream and ivory coloured saree. The saree has a medium-sized white flower with a green stem printed all over it. To match the saree, the blouse of it is also of the very same print and colour with full sleeves. For accessories, Rani has added a wrist full of dark green bangles on her right hand that matches the colour of the flower’s stem. A diamond stud bindi, wavy hair, black eye shadow, a bronzed face and a subtle pink colour on the lips go very well with the colour theme of the saree. Rani’s smile is one of the best-added accessories to this look.

In the second look, Rani is seen wearing a classic yellow and black saree look. The bright yellow saree has a medium-sized black and white cow printed all over it. The blouse of the saree to is of the same colour and print. To break this yellow and black theme of the outfit, Rani has added some dark blue bangles on the wrist of her left hand. A green bindi and a nath on the nose go surprisingly well with the saree and keep up with the traditional look of it. Rani is truly a big fan of such unusually printed sarees. She is one of the celebrities who carried saree on her wedding day.

Rani Mukherjee  fashion outfit on her wedding day. She got married to producer and film-maker Aditya Chopra in the year 2014 in a low key wedding that was kept a secret from the media houses. After her wedding ceremony, when Rani made her first appearance as a bride, she stunned everyone with a red typical bridal look and her fans could not get enough of that look.

She was seen wearing a red suit and a red netted dupatta that had floral embroidery over it. This monochrome outfit used several shades of red to make it look like a not so usual red look. Of course, Rani was wearing her red and white typical chuda (set of bangles worn by the newly wedded brides), a red bindi, a red sindoor with kajal in the eyes and a glossy lip look. She even added red velvety heels to keep up with the all-red theme of her outfit. As a new bride, this look is quite fashionable and even comfortable and so Rani was given a pass even by the fashion police for it.

Gucci is one of the most beloved luxury brands of the Bollywood stars and they are often spotted in Gucci outfits. Being a luxury brand, it must definitely be quite expensive so we get the hype around it. But did you know that Rani Mukherjee once wore an all Gucci look while doing errands in the city? Yes, you read that right. Don’t be surprised by this fact but it is the truth. 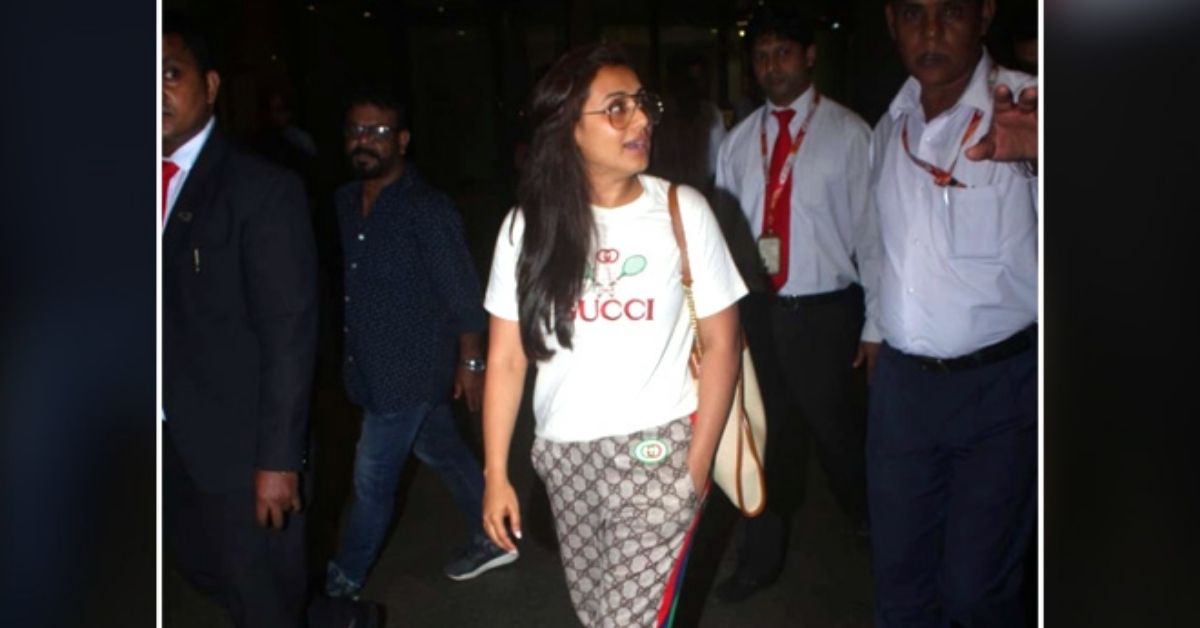 Rani was seen wearing a white sleeveless top with a typical Gucci printed pants and to add to this she even added black Gucci slippers to it. A white pearl necklace, dark red lips and brown oversized sunglasses look fabulous over Rani. She has levelled up the standards of doing errands in the city and very less celebs might be able to match those standards.

Rani Mukherjee fashion is about simplicity and perfect choices. She has made us go wow with her stunning outfits be it the ivory saree or her wedding outfit. She looks absolutely stunning in every outfit she carries.
She is a diva in the true sense.