Rom-com outfits are the best! Wait what do you know what rom-com means: Rom-coms are light entertainment that never tells us anything new about love. On the Brooklyn Bridge during the monsoon, a boy meets a girl, the boy makes a mistake, and the girl reunites with the boy. Even though the plots are generally the same, there is one aspect of current romantic comedies that keeps us watching and attracts us back to the woman we admire, that is Rom com outfits. In a romantic comedy, the outfits are just as important as the words in telling the story—especially if the story involves a metamorphosis.

Now, we’ll talk about the most recent fashion trend in your favorite genre. Have you ever noticed how the rom-com outfits of the main characters are selected? The most recent craze – rom-com – is all about it! This trend has something for everyone, with put-together outfits, lots of colors, accessories, beautiful designs, and flattering forms.

The Best Rom-com Outfits in Hollywood

While viewing the rom-com series, here are some rom-com outfits that made viewers swoon:

There have been numerous instances where fans have been crushed by a character’s appearance in a particular series or film. Remember how Netflix’s Emily in Paris made every fashionista drool with some great fashion moments reminiscent of those from Sex and the City creator Darren Star’s?

While most of Emily Cooper’s rom-com outfits were from high-end designers, there’s no doubting that her eye-catching ensembles inspired many. And you’re never too old to try to recreate a look with a few missteps here and there.

What style Rom com inspiration to take from Emily in Paris?

Take some style inspiration from the styles featured below for your next rom-com ensemble! 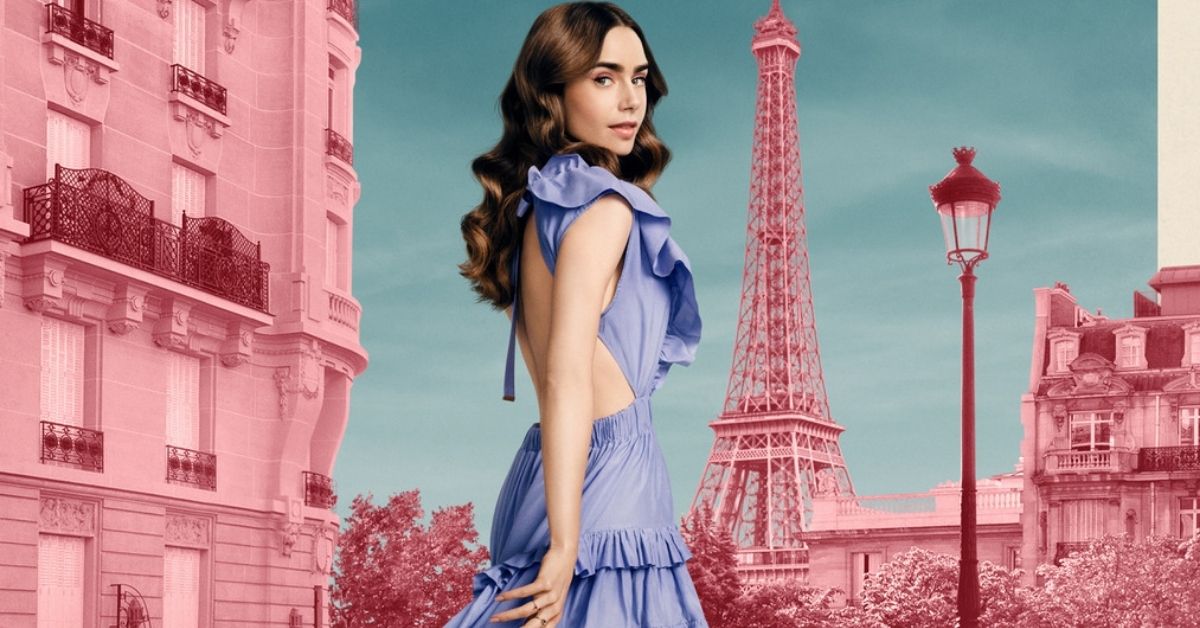 Emily’s red tulle gown for the fashion show at Versailles is one of her most memorable looks. Emily’s most jaw-dropping and dramatic costumes were kept for the end of the season by Field and Fitoussi. In the finale, the Midwesterner sits front row in a high-low gown from the Giambattista Valli x H&M 2019 collaboration at Grégory Elliot Duprée’s fashion show. Aside from the deep-V neckline and flowing train of the dress, the outfit elements – from the hair embellishments to the heart pendant – come together to form Emily’s most memorable fashion moment in season two. 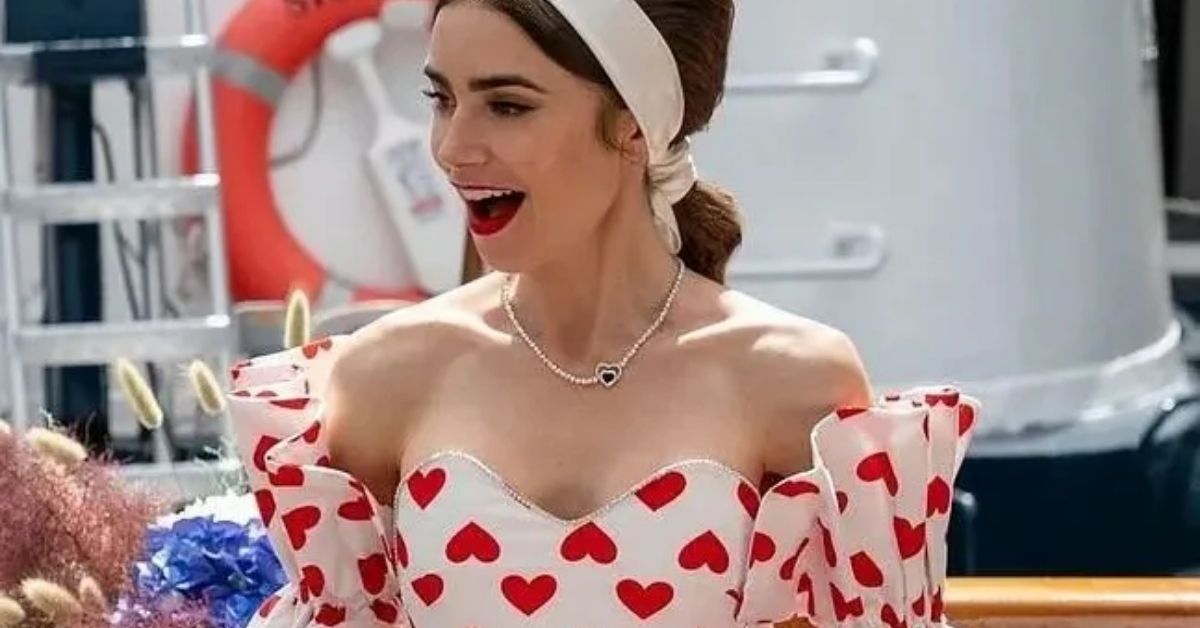 Emily steals the show in the mid-length heart-print dress designed by Anouki, a Georgia-based designer, for the Baton Rouge-themed Chopard party in episode five.

Field pondered cutting the detachable puffy sleeves so Emily’s coat would fit over the dress, according to Vanity Fair, but Fitoussi solved the problem by designing and making the red overcoat she wears in just two days.

According to Grazia magazine, the light blue dress is by Magali Pascal and is a part of the brand’s spring/summer 2021 collection. Large sunglasses, platform heels, and an orange Carel bag complete the ensemble for the persona.

How I Met Your Mother

For nine years, How I Met Your Mother was a significant part of our life. We all wanted to be the sixth member of Ted, Barney, Robin, Lily, and Marshall’s friendship group, and we stuck with them through the numerous relationship highs and lows. Robin Scherbatsky, in particular, had her share of relationship problems, owed largely to Ted and Barney. But, no matter what life threw at her, she maintained her sense of flair. 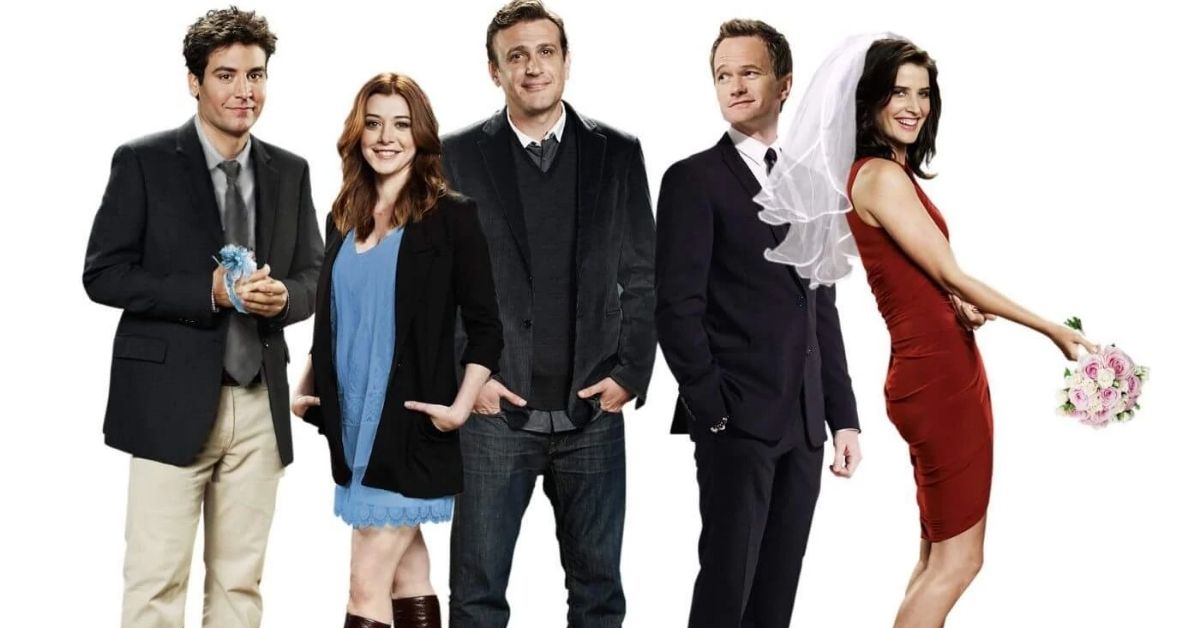 Robin has consistently outdone herself in the wardrobe category throughout the nine seasons of How I Met Your Mother. Her dress selections were (almost) always on point, whether she was having a couple of casual drinks in MacLaren’s or doing her thing on live television.

When Robin donned the figure-hugging blue dress at MacLaren’s in the show’s last episode is one of the best rom-com outfits. It was a true head-turner. While some viewers were disappointed with how Robin’s fate was resolved in the finale, we can all agree that she closed the show looking as gorgeous as she began.

Parineeti Chopra Fashion: Her 14 Best Style Looks For Your Wardrobe

Denim-on-denim rom-com outfits, enormous hairstyles capped with colorful headbands and extravagant ribbons, and a variety of gaudy accessories were Robin Sparkles’ hallmark look when she was a pop sensation. 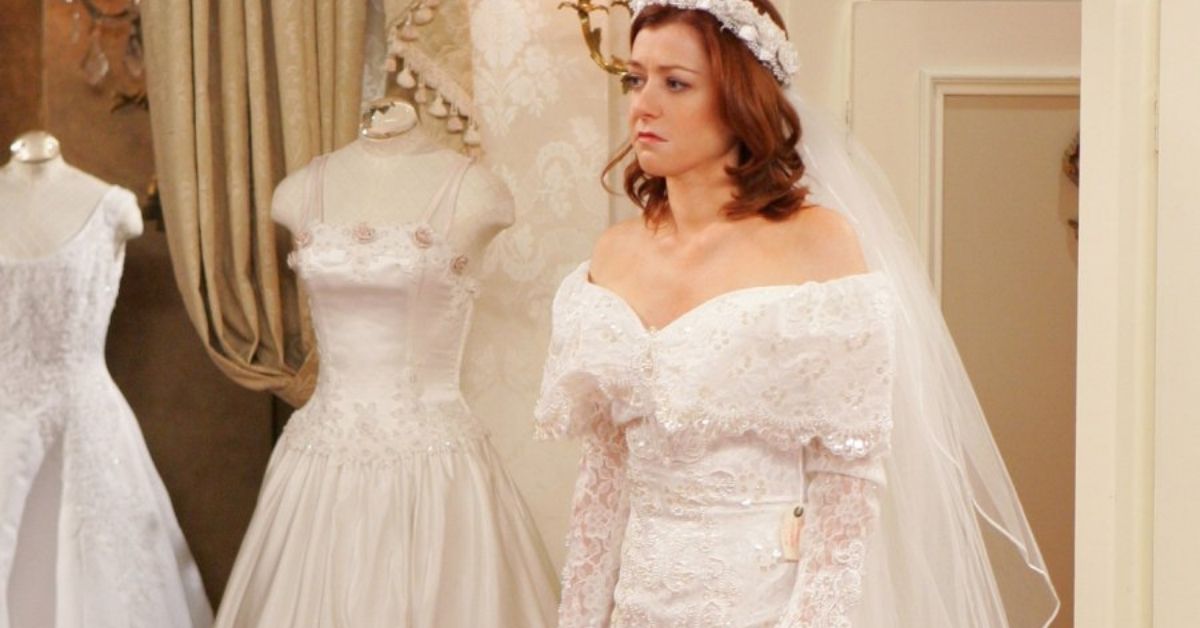 The wedding of Robin and Barney was a historic occasion. Throughout the latter several seasons of the sitcom, the fans kept on their toes with many will-they-won’t-they situations, but there were also the added perplexities of Robin and Barney’s different companions in between. While some fans chastised the decision to focus the entire final season on the wedding, it was almost worth it to see Robin in her magnificent wedding gown. It looked absolutely stunning!

How do make the rom-com outfit trend work for you?

Here are some tips on how to make rom-com outfits work for you:

There’s something about romantic comedies that make us want to binge-watch episodes, series, or movies all at once. It makes us ponder what we can do to live like our favorite fictional character, whether it’s Emily and her girl gang Emily in Paris or Jenifer Aniston’s love and friendship experiences in Friends.

Not only have romantic comedies thrown up some very iconic fashion personalities and styles throughout the years, but they’ve also served up some of the best love stories and friendships that are pure aspirations.