Anupama has become a household name. There might be only a few houses left that don’t tune into Anupama at 10:00 p.m. on Star Plus. The storyline of the show revolves around the main character Anupama who is played by none other than Rupali Ganguly. She is known for her performance and acting skills especially when she played Monisha in Sarabhai v/s Sarabhai. This article is not about Anupama part about the amazing Rupali Ganguly fashion.

Rupali Ganguly is not only ruling our hearts because of our exceptional performance in the famous television show Anupama but also her style statements. She is quite active on her social media and keeps sharing her different outfits updates over there.

Here, we are going to talk about some of the best Rupali Ganguly fashion outfits… 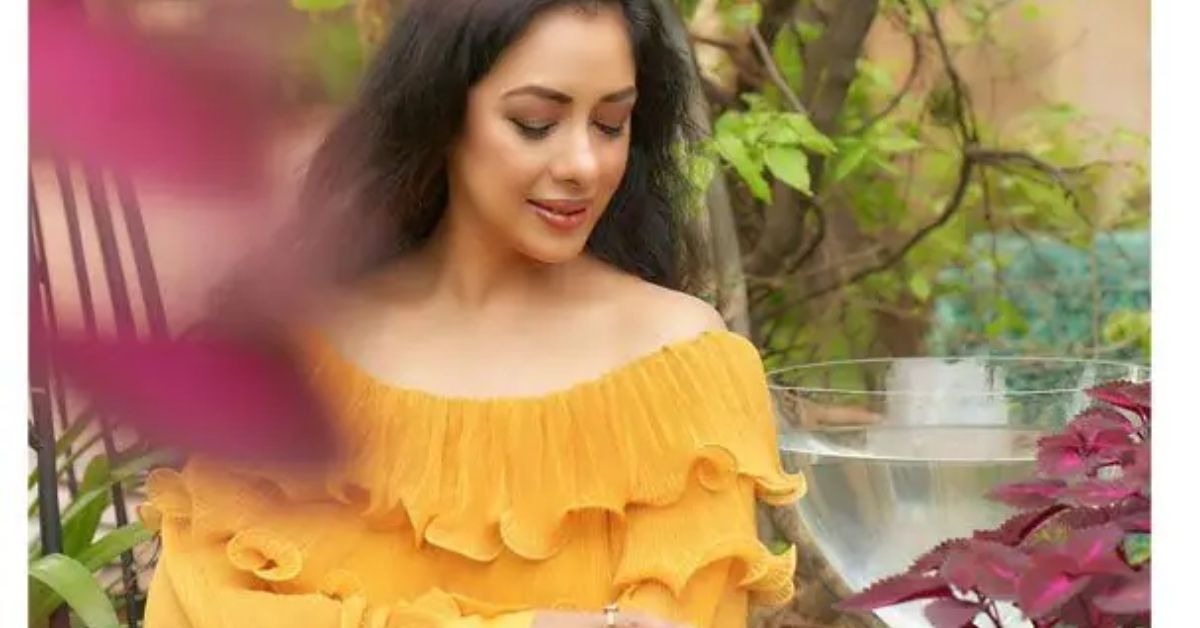 Rupali Ganguly is not only famous for her performance in shows like Sarabhai Vs Sarabhai or Anupama but also is a fashionista. The very first outfit by Anupama is a yellow off-shoulder dress that looks absolutely stunning on her. She kept her hair open and accessorized it to the minimum. She is wearing two rings on her index and ring finger.

Rupali Ganguly is often seen wearing a kaftan. The actress wore Kaftan on various occasions. The pastel color with orange and pink prints on it is absolutely looking amazing. She tied her hair half and paired the red pajama with the Kaftan to complete the look. She looks super cute and her pyjama and kaftan outfit.

If you want to know how to nail an Indo Western look, you need to check out Rupali Ganguly fashion. Here in the third look, she is seen wearing a white Kurti with bell-bottom jeans and a blue hue dupatta. We all are absolutely crushing over this look. 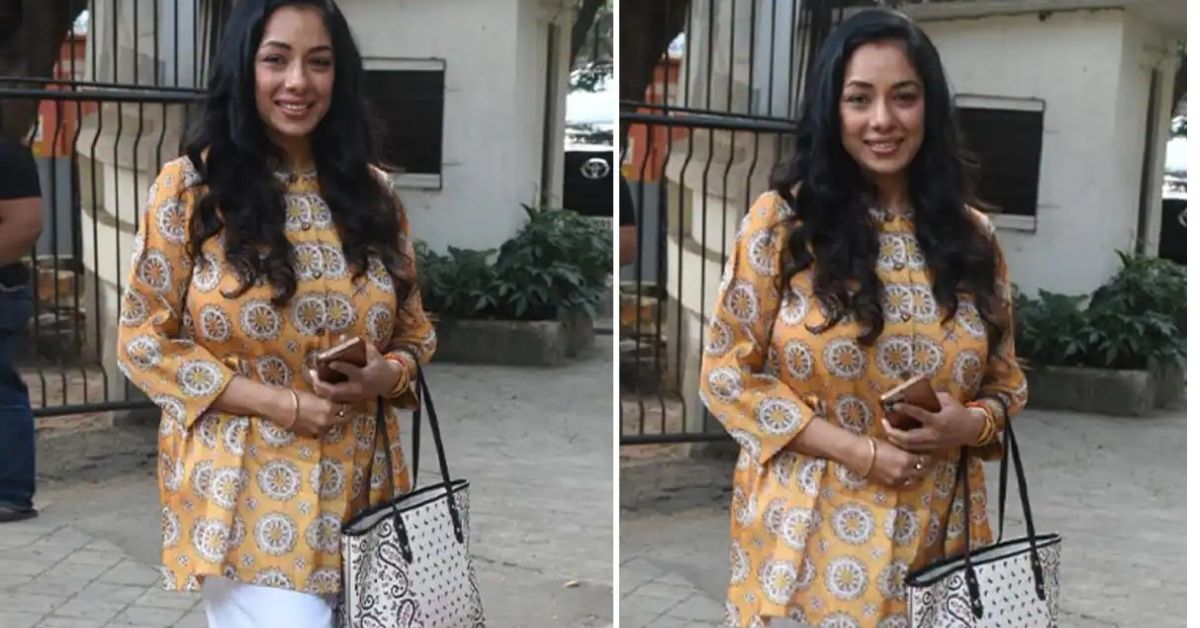 Rupali Ganguly was once spotted wearing white pants with a yellow top which was looking quite good on her. She kept the look minimum and her hair open. She opted for a natural look and was not wearing any makeup. Rupali is stealing our hearts with her casual look and a million-dollar smile. 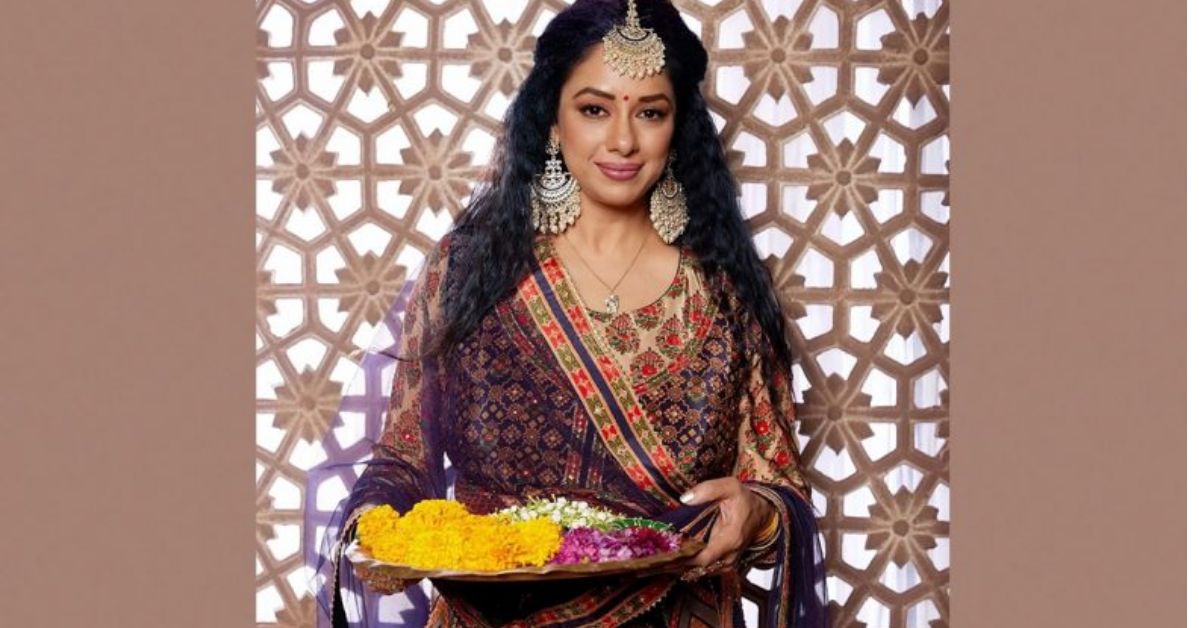 The Sarabhai Vs Sarabhai actress wore a bandhani style outfit. We have seen her in different bandhani looks like the light green bandhani with embroidery around the neckline and yellow prints. The other look at white Polka dots on a green bandhani.

Recently Rupali Ganguly shared a video on Instagram. In the video, Shiva’s black color off-shoulder one-piece dress looks absolutely stunning on her. She was grooving over Ed Sheeran’s song with the cushion in hand. 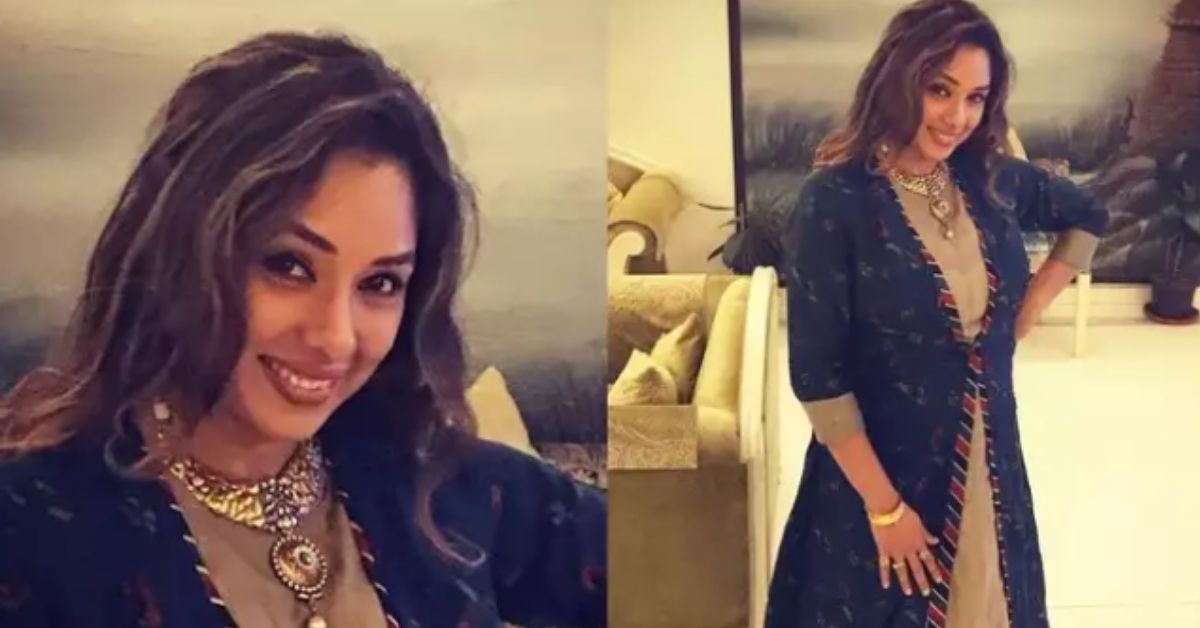 Unlike the image of Anupama Rupali Ganguly is often seen in messy curls and on-point looks. In this look, she is seen wearing smart casuals along with gold jewelry and messy curls. On her outfit, there is white embroidery which is absolutely completing the look.

If you are looking for a casual brunch outfit then here is Rupali Ganguly slaying the yellow off-shoulder flowy top. She paired up with the denim pant and kept curls and here open. 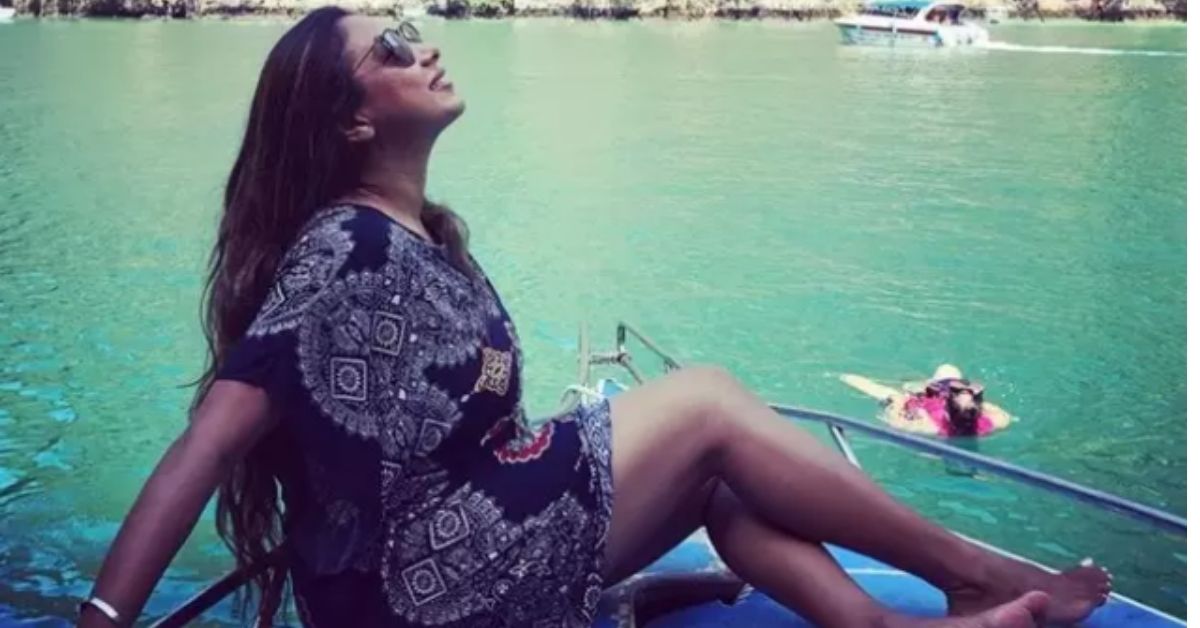 The actress is seen wearing a navy blue printed kaftan dress with a high ponytail. To complete the look she was wearing a choker and some rings.

The last outfit that we will talk about here is Rupali Ganguly fashion is a patiyala look. Rupali Ganguly looks absolutely amazing in both Indian and western looks. She paired a red Patiala with the denim short kurta. To complete the look she was wearing loop earrings and red bindi. She carried gold bangles and a bracelet.

The Early Life of Rupali Ganguly

Rupali Ganguly has become a household name now. She rose to fame as Monisha in Sarabhai V/S Sarabhai and later played lead roles in different daily soaps and reality shows. She also gave her voice in the animation film Dashavtar.

Rupali Ganguly was born and brought up in Kolkata West Bengal on 5th April 1977. Her father was a director and her brother is an actor and producer. In her initial days, she started hotel management and also did theatre. Her consistent hard work bagged her a lead role in Sukanya. Later, we saw her and Sanjivani and Sarabhai V/S Sarabhai. She also worked in many shows like Kahani Ghar Ghar ki, Kavyanjali, Adalat, Parvarish Baa Bahu Aur Baby.

Later, we saw her and season 1 of skiatron Ke Khiladi which got broadcasted on Doordarshan. Currently, she is working and one of the leading daily soap call Anupama. The story revolves around a woman who sacrificed her dreams for her family and realize her self-worth later. She is fighting all odds and stereotypes that every woman where the face in their life.

In an interview with ET Times, the actress opened up about how this role Anupama gave him national recognition. She said that she was a housewife for seven years before she decided to come back to the television industry and came across the role of Anupama.

While making her come back she was worried and conscious about everything. From well looks to bodyweight to her acting skills she in big was in big doubt.
The show Anupama gave her confidence and held her gained the appreciation she wanted and deserved.

If you are also planning to watch this show then tune to Star Plus at 10:00 p.m. from Monday to Saturday.

Rupali Ganguly a.k.a Anupama is one of the leading names when it comes to the Indian television industry. Anupama at present is one the highest-rated television show. Anupama in real life is breaking the typical bahu look and giving us some major fashion goals.

Rupali Ganguly’s fashion is absolutely on point and amazing. If you are not Anupama fans trust me you are doing a big mistake. So quickly check on Instagram to know more about the latest fashion trends.

Best 11 Winter Tracksuit For Men To Invest In 2023