Selena Gomez fashion has gained global attention. Apart from being a phenomenal singer, she is a true fashionista. She has become a global name from her music to her fashion she has never failed to grab the attention of the audience.

She never fails to amaze us by creating some of the most memorable looks, both on and off the red carpet. Today, we are going to talk about some of the most loved outfits by Selena Gomez. Yes, you read it right! Before that let’s first know a little more about her.

Who is Selena Gomez?

Childhood star, singer, and one of the most-followed people on Instagram, Gomez has been on the scene since her teenage years. We’ve seen her style grow from her Disney Channel days to now more elegant, adult red carpet looks.

Ahead, we rounded up Gomez’s most memorable looks, showcasing how she and Young, together, are unstoppable forces in fashion. Because building an image is truly a marriage of the minds and being on the same creative wavelength. 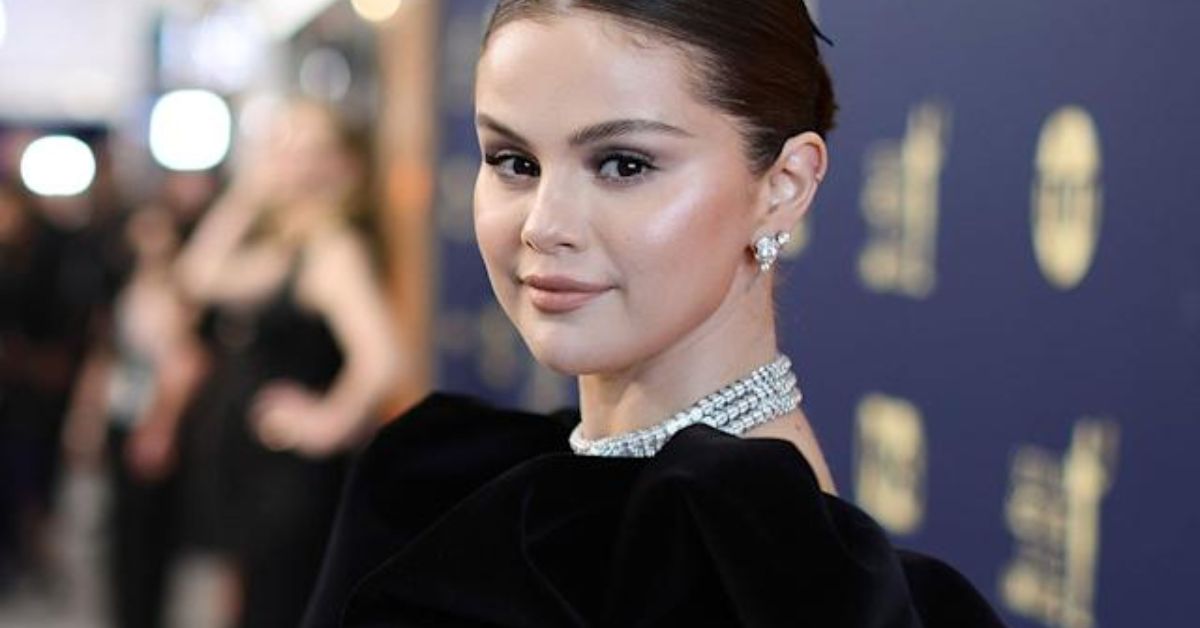 Gomez arrived at the event in a Cushnie Et Ochs dress from resort 2014. She completed the cutout. Back when she was dating Justin Bieber, Gomez opted for a corset bodice Atelier Versace dress. She paired it with silver metallic pumps and emerald earrings.

A fan of the brand, Gomez was once again in a figure-flattering Cushnie et Ochs dress. She completed the look with Nicholas Kirkwood pumps and Neil Lane jewels that matched the dress.

Gomez donned a black turtle neck crop top with a double high-slit skirt. The ultimate showstopper ensemble, whether you’re making a television appearance or mingling with the fans.

For her performance on the late-night talk show, Gomez donned an Anthony Vaccarello dress under a Lanvin oversized blazer. The look was completed with black booties and a headband.

While in London, Gomez showed Young some love by rocking these cat-eye sunglasses from Young’s collab with Tura eyewear. She paired the accessory with a black dress by Proenza Schouler layered over a white long-sleeve shirt. 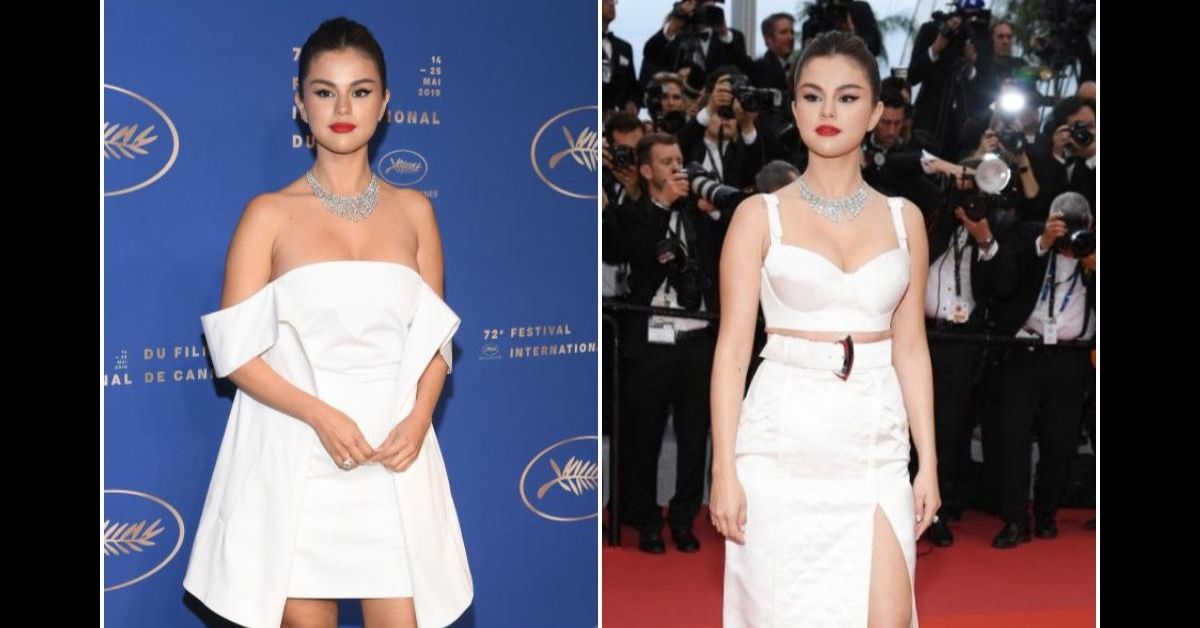 At the 2019 Cannes Film Festival, Gomez was on hand to promote her new star-studded film, The Dead Don’t Die. The star wore this super flattering white two-piece set by Louis Vuitton. The giant Bulgari diamond necklace didn’t hurt either.

The star stunned in a beautiful pink off-the-shoulder Patou dress. Glamour (opens in new tab) reported that Gomez was quoted on Instagram saying that she couldn’t “f*cking move” in the look. Hey, we love a girl who just wants to be comfortable. 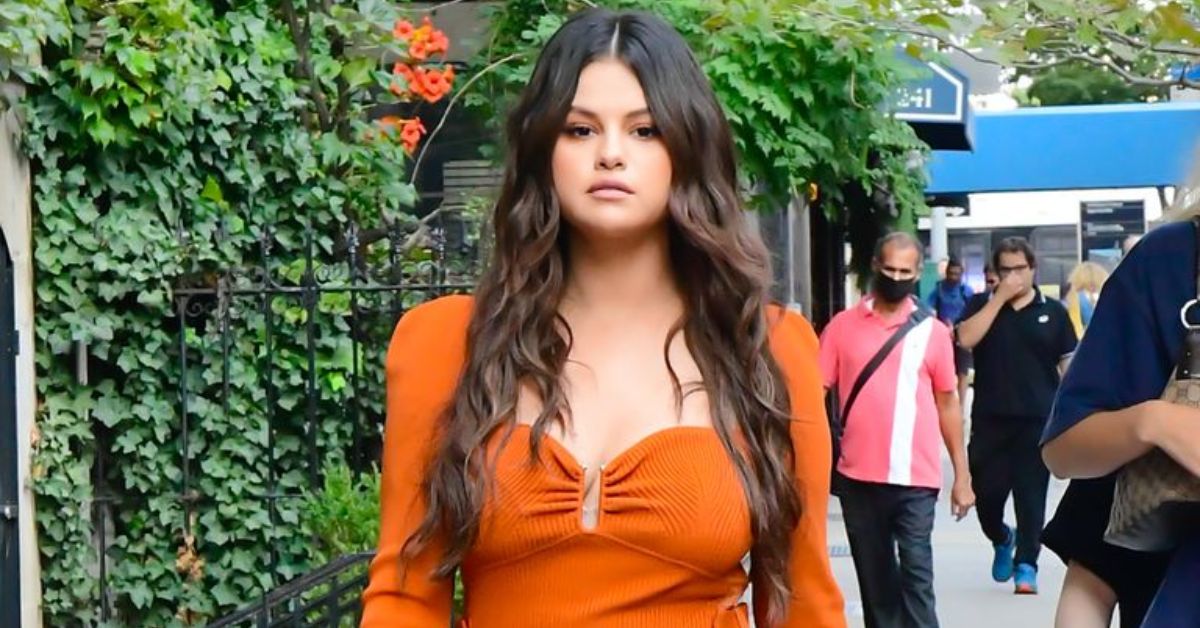 Fall transitional dresses may be difficult to locate and pull off, but Selena nailed it with this pumpkin-colored dress. The cinnamon lace knit dress from Self-Portrait costs $495. While the cost may be too expensive for most budgets, the idea to create our own fall transition clothes is free!

Selena Gomez showed off her new blonde hairstyle in Malibu. To contrast the brighter hue, she wore an all-black ensemble consisting of a turtleneck LBD, knee-high flat boots, and a Matrix-style leather coat trimmed with brown shearling. And don’t forget about the face mask and gold chains! 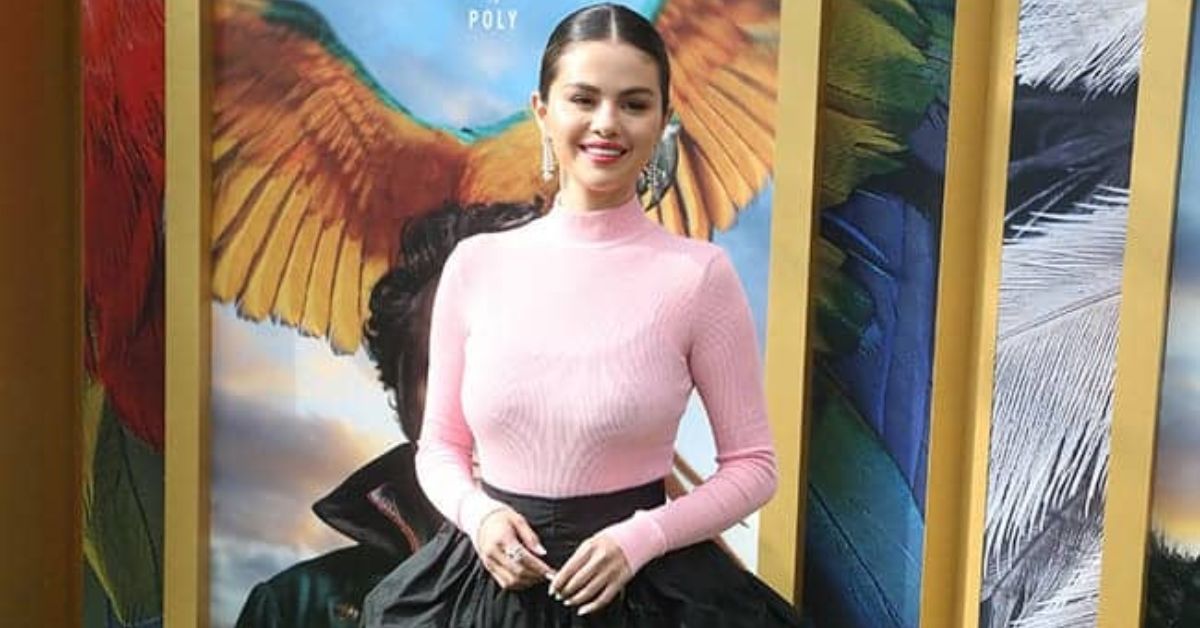 Selena looked stunning in a Givenchy gown with a cozy pink knit on top and an ornate black skirt on the bottom at the Doolittle premiere. She completed the look with dazzling Messika Paris jewelry, looking every bit the flawless icon she is.

It’s natural that Gomez partnered with Young, who is also a seasoned leader in her own field and has worked with the likes of Margot Robbie, Dakota Johnson, and Sienna Miller. Young makes sure that Gomez looks sleek, polished, and refined 24/7.

Selena Gomez fashion is unstoppable and is giving us some fashion goals daily. We never fail to admire her for her exceptional beauty.