Emily Blunt Lifestyle: Look At Her Car and Handbags

Megan Fox was born in Tennessee, the United States in the year 1986. She is an American model and actress who rose to immense fame due to her performance in the Transformers franchise. Some of her greatest achievements are receiving the Scream Awards twice and Teen choice Awards four times. She has been professionally trained in drama and dance from the age of five years. Megan Fox’s lifestyle is something that cannot even be imagined by the rest of the common people.

Recalling her days in school, Megan said that she would gel easy among the boys rather than the girls who would hate her for this same reason. She said that being a popular kid in school, she developed an aggressive attitude because she felt like she was left out by the girls that hated her. She also believed that the role of education was irrational in her life so she later kind of dropped out of it.

In an interview dating back to the year 2010, Megan fox revealed that she always felt ‘hysterically insecure’ despite of having a strong and confident personality. Let us just agree with the fact that Megan Fox was at the very peak of her career during her days in the Transformers franchise. One could regularly spot her at events, red carpets, etc.

Let us just say that Megan was gutsy enough to point out the sexism that was present in Hollywood while not judging the consequences she would have to face later in her future. This was during her peak days that later resulted in her negative public image. The industry took a very drastic step against this action of Megan’s and then she kind of got lost, away from the limelight. 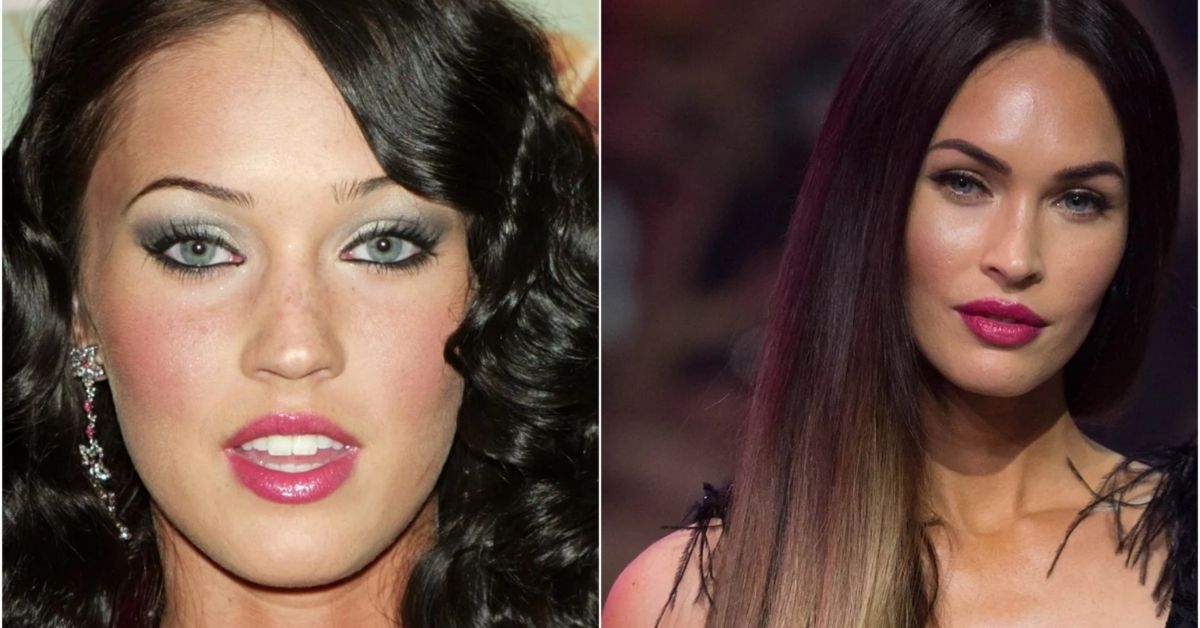 After missing the cameras for almost a decade now and putting her career on hold, Megan Fox has now decided to make a comeback on her own terms. But it seems like she looks completely different now compared to how she seemed earlier. This might be because of plastic surgery. But Megan Fox has never admitted to having any surgeries done to her face or body.

At the age of sixteen in the year 2003, when Megan made her first red carpet appearance, her nose and teeth looked slightly protruding. This sought changed in the year 2006 when she made another red carpet appearance and her nose looked slightly bumpy at that time. In the pictures from the preceding looks, those bumps tend to mysteriously disappear.

In the year 2008, when Megan made an appearance with fuller lips and perfectly aligned teeth, the whole of the media and the audience suspected her of having done a lip job (surgery) and cosmetic dentistry. Her lips suddenly looked enhanced in these pictures and so it might not be wrong to suspect her of having done cosmetic surgery.

The major backlash came in the year 2010 when she made an appearance with her lips and cheeks looking inflated and she was accused of having some sort of botox or some sort of injectables added to her face too at the age of just twenty-four years.

In the years 2021 and 2022, Megan would keep giving her fans glimpses of her life along with her own pictures and this is when people noticed a lot of changes in her aesthetic looks. It was now that her eyebrows and lips looked literally twice the size of what they were nearly a decade ago and her skin looked smoother than earlier as I’d she’s added some kind of filters for achieving that look and smoothness. 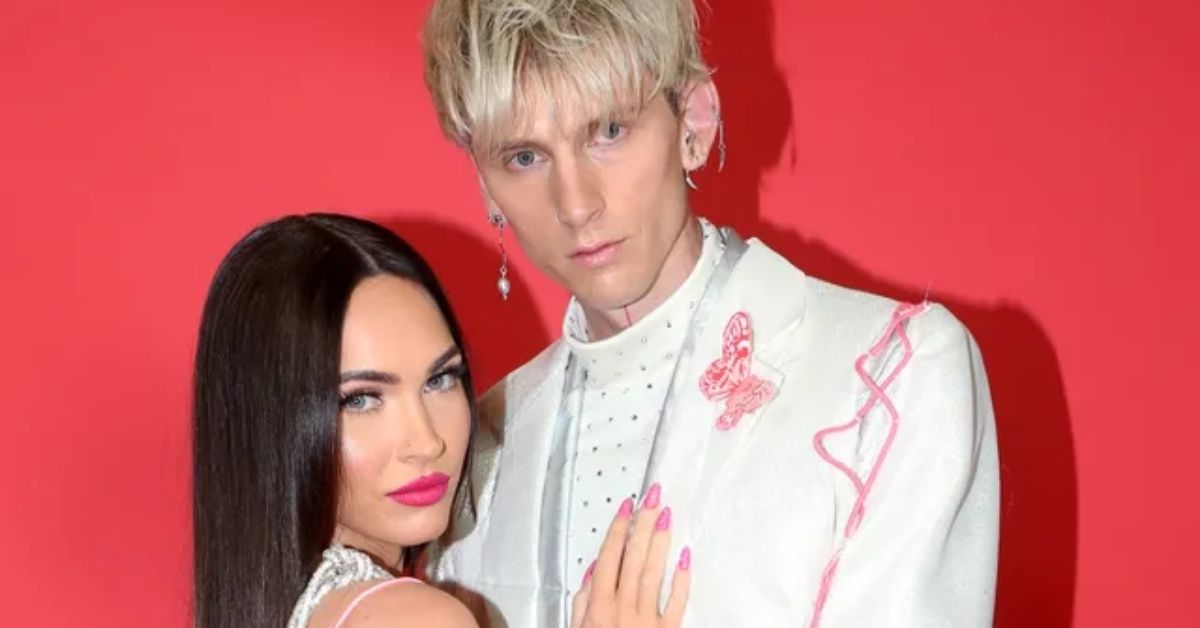 It was in the same year, that is, the year 2021 that she spotted visible doctor Jason Diamond who is a renowned plastic surgeon and has celebrity clients like Kim Kardashian and Chrissy Teigan visiting him. Well, this just makes it clear and very evident that Megan Fox has surely been under the knife and now that she has been silent over this very same issue, things have been getting clearer for her fans and the media as well.

The BMW 535 d car is a car belonging to the series 5 of BMW. It has a 3.0 inline 6 engine which, let us say is the show stealer of this car, and its turbo heat engines produce 295 bhp. It takes only five to six seconds to reach zero to thousand kilometers per hour. It is worth fifty-four thousand dollars (USD).

The Mercedes-Benz CLS55 is a supercar that has a 5.4 litres engine and it takes about four to five minutes to reach a speed of 0 to 100 kilometers per hour. It is priced at eighty-six thousand dollars (USD) which is a huge amount to be paid.

Alia Bhatt In Saree: Here are The Top 10 Saree Look Of Alia Bhatt 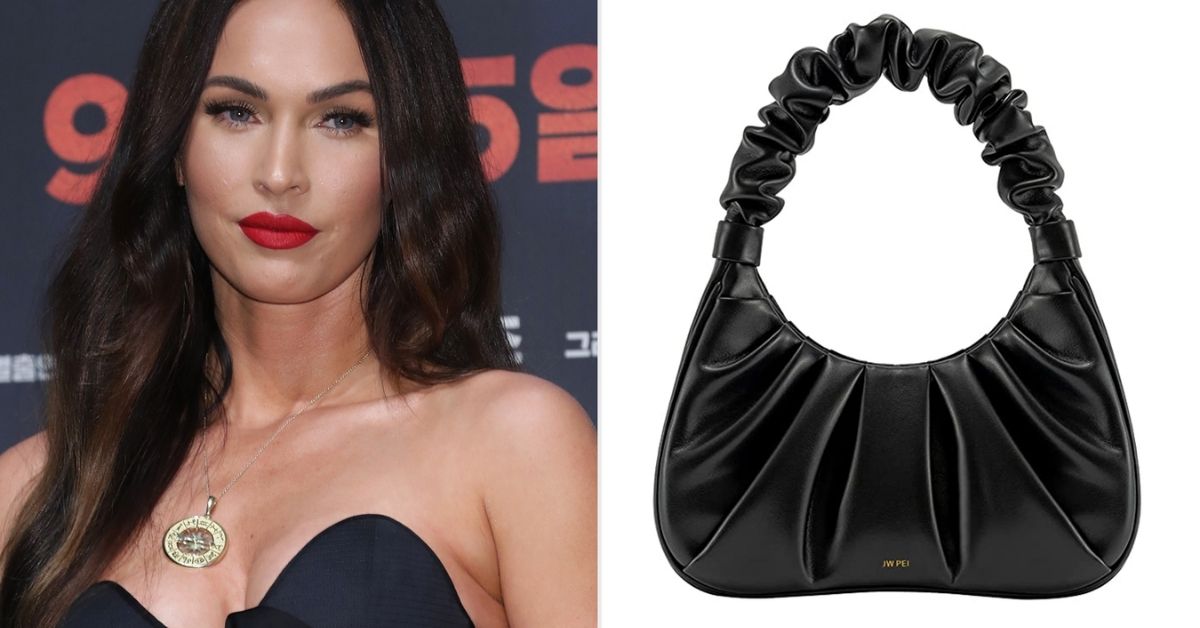 Well, owning expensive luxury cars, having a net worth of millions of dollars, and getting plastic surgeries done that will also be worth quite a few dollars is something that is expected from a celebrity, especially from the Hollywood film industry. But did you know the price of Megan Fox’s favorite handbag? You will be shocked upon knowing it.

Well, believe it or not, Megan Fox is regularly spotted wearing a bag from the brand JW Pei, which apparently is also the favorite handbag of celebrities like Gigi Hadid and Hailey Bieber and it is worth only eighty dollars (USD). Surprising, isn’t it? But it is true.

It is hard to digest the fact that a celebrity worth millions of dollars can use a bag that is worth just eighty dollars and not be embarrassed by the camera to flaunt it. But this is a good thing. This shows the simplicity of Megan Fox and this is why her fans love her for being honest and open.

Let us just conclude by saying that though Megan Fox owns expensive things and has done a lot of cosmetic surgeries to her face that she never really has spoken about, she had the guts to point out sexism in Hollywood and this makes her a brave and brutally honest person in the film industry.

Kalki Koechlin Lifestyle: A Quick Glimpse Of Her Personal Life