Best 7 Vikas Khanna Looks That We Are Loving Right Now!

Getting to know the top fashion brands that are well-known in India these days is not a difficult chore. You can find several well-known Indian and worldwide fashion companies if you live in a major city by going to a mall. For your easy reference, we’ve listed a list of the best clothes and fashion brands on this page. Among Indian consumers, some of these brands are highly well-known, while the remainder is s foreign brands.

Indian consumers of fashion began purchasing more clothing from online retailers around 2020. They want to know the best fashion brands that are offered to them in India so they may get the best attire. They could use this list of the best fashion companies to their advantage.

Here, are the top most famous fashion companies that you need to know in 2023 to scale up your fashion game.

Today, one of the most well-known sportswear fashion companies is Adidas, which was established in 1949. Actually, at the moment, this company ranks as the second-largest sportswear producer in the globe. Adidas has an outstanding selection of apparel, even though the company is better recognized for its shoes and other sportswear.

It is without a doubt the biggest and fastest-growing branded apparel company in India as well as an upscale lifestyle retailer. Since its founding in 1744 by William Hollins & Co. Ltd., it has been producing premium western clothing for adults, teenagers, and kids.

In 1993, Madura Fashion & Lifestyle, which was later purchased by Aditya Birla Fashion & Retail Limited, debuted in India. Due to the brand’s affordable, mass-market styles as well as its elegant, high-end variations, it has a sizable consumer following.

The French Crown is one of the most rapidly expanding D2C fashion brands. They design and sell stylish shirts, suits, blazers, t-shirts, jeans, boxers, lounge pants, shoes, etc for men with premium fabrics. It is India’s first sustainable fast fashion brand that delivers its products in India as well as 90+ countries. French Crown design and deliver customized and plus-size products fashion products to their customers.

Biba Fashion is an Indian women’s and girls’ fashion company that was founded by Meena Bindra in 1988. There are 225 multi-brand stores there, in addition to more than 150 brand stores. The designs for women and girls are what make the Indian clothing company Biba so well known. Over 150 storefronts and 250 multi-brand outlets are present in India. A well-known ethnic brand in India is Biba.

A US fashion firm called Calvin Klein Inc. was established in 1968. It originally entered India in 2007 and has its headquarters in Midtown Manhattan in New York City. It is a popular brand that is well-known and has a sizable fan base. It’s more than just a line of clothing; it’s a way of life.

In 1960, John Bissell established the wholesome Indian fashion company Fabindia. It offers a huge variety of garments and is an expert in several traditional Indian crafts. In addition to selling clothing, Fabindia gives rural artisans a platform to interact with urban markets. To date, FabIndia has shipped goods to more than 40 nations across five continents. 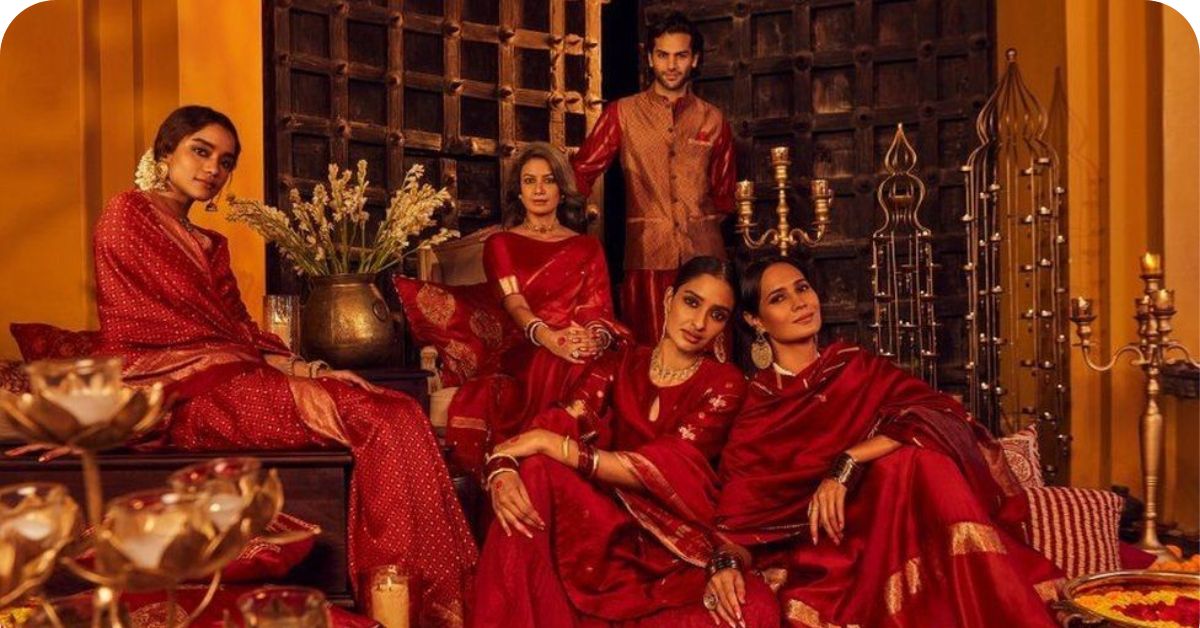 Their products have a distinctive appearance since they are made of natural materials, many of which are obtained locally. They sell a variety of consumer goods along with garments and clothing-related items.

Also Read: What To Wear With Plaid Skirt

Since 1980, the clothing line Flying Machine, which is owned by Arvind Mills, has offered stylish garments to a wide range of Indian consumers. In the Indian fashion sector, it has established a solid reputation for itself since 2003. Although affordable, it is attractive. A well-known brand that is present in every mall is a flying machine.

When we consider a unique, affordable, and high-quality outfit, we immediately think of H&M. H&M as a Swedish clothing company with its corporate office in Stockholm. Around 50 H&M shops may be found in 25 Indian cities, while the company has more than 5,000 stores worldwide. It has an excellent internet marketing plan that has contributed to its rise to prominence in the online world.

Among younger generations, John Players is a well-liked men’s fashion companies. However, according to some news sources, the brand is now owned by Reliance Industries. The brand initially collaborated with the ITC group in India. 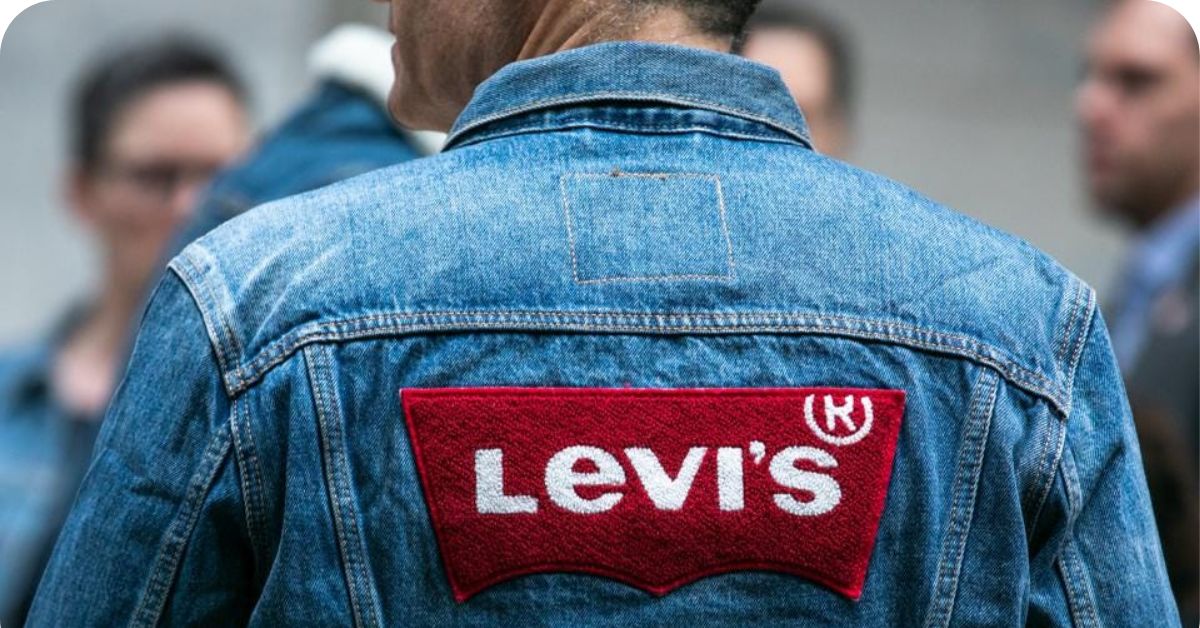 Best 5 Jackets That You Need To Invest In Winters

Levi’s has a sizable customer base while selling denim. Since 1853, Levi’s has changed to reflect alterations in vogue. Since its introduction to India in 1995, high-quality has come to be associated with Levi’s apparel and jeans. In addition to high-quality denim and other fashionable clothing, Levi’s also creates both men’s and women’s casual clothing.

The Aditya Birla Group includes the Indian clothing line, Louis Philippe. One of India’s most well-known clothing brands, Louis Philippe was founded in 1989. They have over 2700 stores in India and other countries. It has a broad product range with superb craftsmanship that extends to apparel. There are many formals, semi-formals, bespoke garments, and stylish accessories available at Louis Philippe.

In 1984, Monte Carlo was established in the Punjabi city of Ludhiana. The firm’s proprietor is Oswald Woollen Mills Limited. In India and other countries, it has about 1300 locations. It’s a clothing business that creates wool and cotton apparel for adults, kids, and even infants. As a Superbrand, Monte Carlo has been recognized.

Mufti was established in 1998 with the single purpose of offering an alternative to the “uniform” standards of mainstream fashion. To stand apart from the competition, Mr. Kamal Khushlani founded this brand. They were the first to promote contemporary men’s fashion companies in India. Bollywood celebrities quickly embraced their distinctive look, incorporating everything from stretch jeans to turn-up sleeves, short shirts to party clothing, and so on.

You can use the list above as a guide to determine which clothing is the top fashion company in India and worldwide. Therefore, it is obvious that there are many fantastic options to pick from whether buying online or visiting stores in India, regardless of whether you want designer clothes or off-the-rack t-shirts, or any clothing in any type of category.

It’s crucial to avoid overspending on designer goods just because they are more expensive than their rivals in the market, even though cost shouldn’t be the primary consideration when deciding what to wear. What you feel when you put on the clothes is more important than how you look or how you style yourself. You should be aware that anything you wear defines you! Choose accordingly what you like! These were some of the options of the best and quite popular fashion companies listed above.

Best Fashion Companies To Keep In Your List In 2023

The Best Eyeliner Ideas For Round Eyes For Beginners